Tushar Kalia shared a picture with his trophy 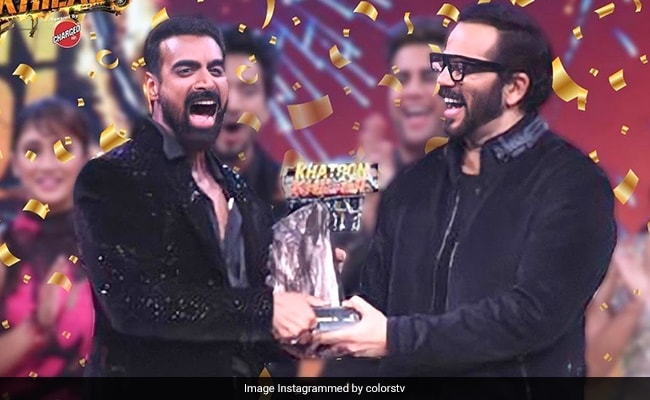 Colors TV, on which the show airs, shared these pictures from the finale of Khatron Ke Khiladi 12. "Tushar has successfully won the trophy, as the winner of Khatron Ke KhiladiBhejiye unhe congratulations in the comments. #KKK12 #KKKGrandFinale," read the caption on the post.

Rohit Shetty has been hosting the TV adventure show for the longest time. Other than the Sooryavanshi director, Akshay Kumar, Priyanka Chopra and Arjun Kapoor have hosted a few seasons of Khatron Ke Khiladi, which is an adaptation of the American television show Fear Factor.

Tushar Kalia featured as a choreographer in Jhalak Dikhhla Jaa 6, 7. He featured as a judge in the first three seasons of Dance Deewane. He also featured in the dance-based film ABCD: Any Body Can Dance.

After Neha Kakkar vs Falguni Pathak Controversy, This Happened