Khaidi No 150: Chiranjeevi's Comeback Has Already Won The West 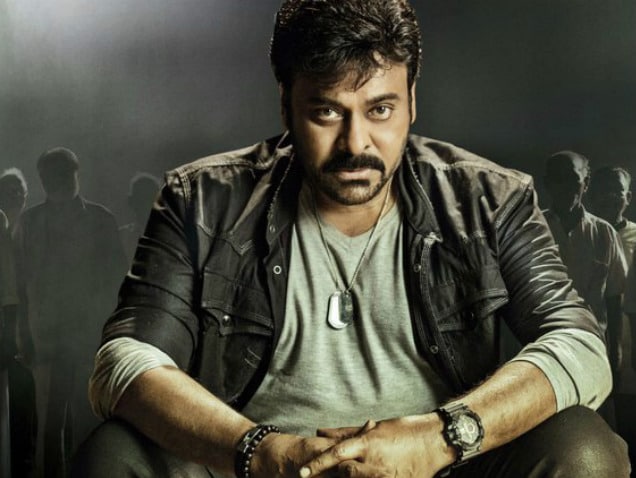 Khaidi No 150, Chiranjeevi's comeback: A poster of the film

New Delhi: Telugu actor-politician Chiranjeevi's much-heralded return to films in Khaidi No 150, released yesterday, has powered off the starting blocks. Khaidi No 150 is a comeback for its star, who last played a lead role in 2007's Shankar Dada Zindabad. It is also number 150 on Chiranjeevi's filmography, hence the title. Domestic numbers for day one of the film have not been revealed yet but trade analyst Taran Adarsh reports that Khaidi No 150 has got off to a grand start overseas. Despite a midweek release, the return of Chiranjeevi fetched stupendous box office receipts in USA, making over Rs 8 crores, tweeted Mr Adarsh last night, attributing the numbers to international box office tracker Rentrak. Chiranjeevi, 61, plays a double role in Khaidi No 150, which is a remake of Tamil hit Kaththi. The cast includes actress Kajal Aggarwal while Chiranjeevi's son and nephew, actors Ram Charan Teja and Allu Arjun, make guest appearances.

Midweek release [Tue]... #Chiranjeevi on the big screen after a hiatus... #KhaidiNo150 conquers USA BO with an ELECTRIFYING start... Bravo!

In a tweet, Baahubali director S S Rajamouli welcomed the 'Boss' back:

Boss is Back!!!
Chiranjeevi garu thanks for coming back..missed you for 10 years...Congratulations Charan on a record breaking debut as a

Ram Charan Teja, who also makes his debut as producer, has been closely involved in promoting Khaidi No 150. Yesterday, he danced to one of the songs from the film with a group of Facebook employees in Hyderabad. "In a candid interaction, he discussed about the film, what fans can expect from it and how it's his personal way of paying tribute to his father. He also happened to shake a leg with a few employees for a song from the film," a source close to Chiranjeevi's son told news agency IANS.

Chiranjeevi has also credited his son with curating his look in Khaidi No 150. He told IANS in an interview, "The minute we locked the script, it was my son who took it up as a challenge to transform me physically. From monitoring my diet and working out alongside me in the gym, he cared more than a son would normally for his father."

Promoted
Listen to the latest songs, only on JioSaavn.com
The 10 years that have passed since Chiranjeevi last starred on celluloid have been politically eventful for him. He launched his own party, fought and won elections, served in the Rajya Sabha and was made Minister of State for Tourism in the last UPA government. Now, he says the focus is off politics and on films. Chiranjeevi will be hosting the new season of Meelo Evaru Koteeswarudu, the Telugu version of game show Kaun Banega Crorepati, and has said he will also release a second film this year.