At an event, Chiranjeevi was spotted with a twirled mustache. His photographs are now trending on social media 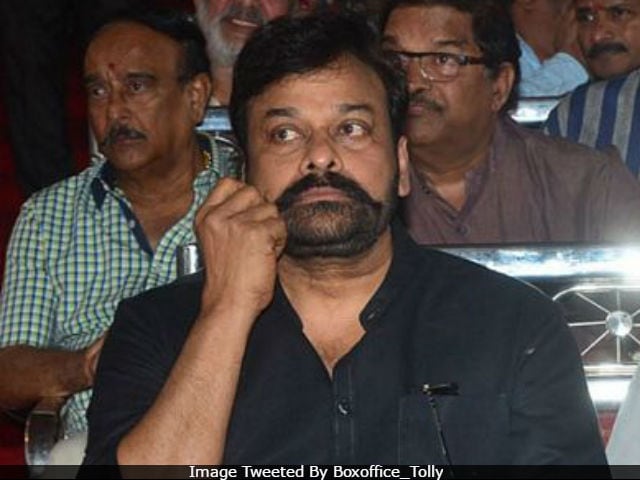 New Delhi: On Saturday, superstar Chiranjeevi attended a special memorial meet for late Telugu filmmaker Dasari Narayana Rao. A day later, his new look swiftly went viral. At the meet, Chiranjeevi, 61, was photographed twirling his mustache in style. His photographs from the meet are now trending on social media. Twitter believes that the actor's look is for his upcoming film Uyyalawada Narasimha Reddy. "Boss' new look for Uyyalawada Narasimha Reddy," read one of the tweets. The film is based on the life of Narasimha Reddy, a popular freedom fighter from Kurnool. Chiranjeevi plays the protagonist. The biopic will be directed by Surender Reddy.

Here are pictures of Chiranjeevi's twirled mustache look from the event.

Meanwhile, it was reported that actress Aishwarya Rai Bachchan will play the leading lady in Uyyalawada Narasimha Reddy. However, there is no official confirmation as of yet.

Chiranjeevi was last seen in Khaidi No 150, his 150th film. Khaidi No 150 released in January and received a record-breaking response. The superstar returned to silver screen after a gap of 10 years. Of his comeback, Chiranjeevi earlier told IANS: "I don't think I'm nervous but curious to know how I would look onscreen after so many years and how I will be received by my fans."

Promoted
Listen to the latest songs, only on JioSaavn.com
Before, Khaidi No 150, Chiranjeevi's last film as a lead actor was Shankar Dada Zindabad, which released in 2007.