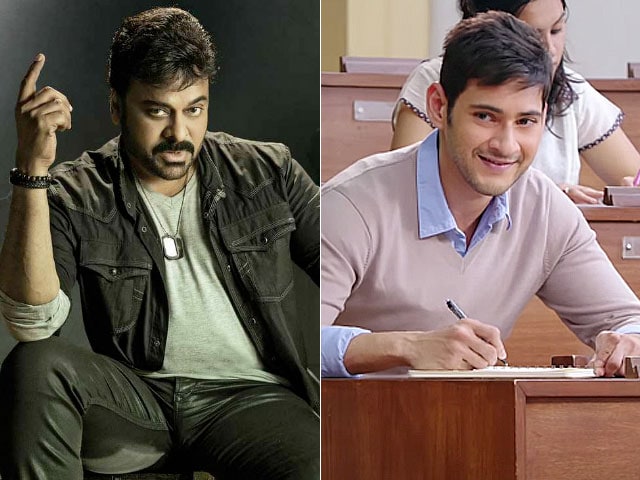 New Delhi: Telugu actor Mahesh Babu wished superstar Chiranjeevi on the success of his film Khaidi No 150. The movie marks the 61-year-old actor's comeback to acting after a gap of 10 years. The actor paid a surprise visit to Mahesh Babu on the sets of his upcoming film on Monday. "Chiranjeevi sir visited Mahesh's film set as he was in the same compound shooting for his show Meelo Evaru Koteeswarudu. They exchanged pleasantries and had a brief chat. Mahesh wished Chiranjeevi sir for the success of Khaidi No 150," a source from the film unit told IANS. Khaidi No 150, which released on January 11, is the remake of the 2014 Tamil movie Kaththi starring Vijay and Samantha Ruth Prabhu.

"Chiranjeevi was also happy to meet to director A.R. Murugadoss, with whom he had worked in 2006 Telugu actioner Stalin", source from the film unit told IANS.

A very distinguished guest on our set pic.twitter.com/qhMCWNk4mu

Khaidi No 150 is Chiranjeevi's 150th film as an actor. The film has been directed by VV Vinayak and written by AR Murugadoss. It also features Kajal Aggarwal in lead role.

Promoted
Listen to the latest songs, only on JioSaavn.com
Mahesh Babu is currently shooting for Sambhavami along with Rakul Preet Singh. The film is being directed by AR Murugadoss and is scheduled for release on June 23. The 41-year-old actor is also committed to working with filmmakers Puri Jagannath and Vamsi Paidipally in their upcoming ventures.

Meanwhile, Chiranjeevi, who made a comeback with Khaidi No 150 after his 2007 movie Shankar Dada Zindabad, is currently hosting a TV show titled Meelo Evaru Koteeswarudu. The show is the Telugu version of Kaun Banega Crorepati.