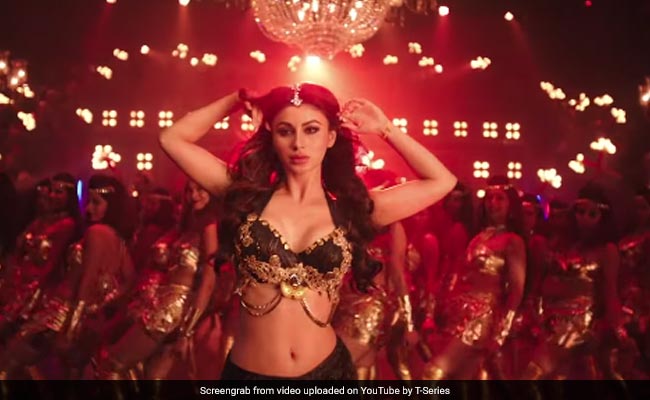 After unveiling the second trailer from the film KGF: Kolar Gold Fields starring Yash and Srinidhi Shetty, the makers have now dropped the teaser of the upcoming song Gali Gali. Actress Mouni Roy has recreated the Eighties song from the film Tridev, which originally featured Sangeeta Bijlani and Jackie Shroff. Sharing the teaser of the song on Instagram, Mouni Roy wrote: "The peppiest dance number is about to unleash. Get ready for Gali Gali with me." Mouni Roy found one of the spots on Tuesday's trends list after the teaser of the song was released. Gali Gali has been recreated by Tanishk Bagchi. Mouni is looking simply stunning in the less than 20 second teaser to say the least. Instafam is pretty impressed with the teaser and has flooded the comments section with remarks like: "Simply rocking," "Mouni Roy looking so gorgeous," and "This is going to be awesome."

Directed by Prasanth Neel, KGF: Kolar Gold Fields is a period action drama, which will be releasing in five languages - Kannada, Hindi, Tamil, Telugu. Farhan Akhtar and Ritesh Sidhwani are co-producing the film. KGF: Kolar Gold Fields is all set to hit the screens with Shah Rukh Khan's Zero on December 21. Of KGF clashing at the box office with Zero, Ritesh Sidhwani said: "I don't think it is a clash or a fight for the space. I think there is enough space. The reason we're coming on the same date is because it is an important festive date for south and we're releasing in four different south Indian languages. We couldn't have delayed it."

Besides Yash and Srinidhi Shetty, the film also features Ramya Krishna, Ananth Nag, John Kokken and Achyuth Rao among others.