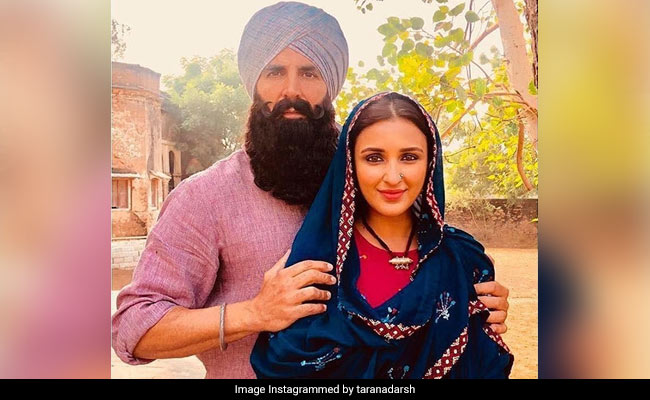 Akshay Kumar's film Kesari is currently in its second week at the theatres and continues to bring in impressive collections each day. Monday's and Tuesday's ticket sales for Kesari add up to over Rs 5 crore, pushing the total to Rs 131 crore, reported trade analyst Taran Adarsh. Kesari is now chasing a lifetime total of Rs 150 crore but whether the film will meet the ambitious target depends on its performance in the third week, after more releases. Here's what Mr Adarsh wrote in his tweet: "Kesari is slow, but steady... Target Rs 150 cr depends on how it fares in Week 3, when new films arrive, screens/shows get reduced and biz gets divided... [Week 2] Fri 4.45 cr, Sat 6.45 cr, Sun 8.25 cr, Mon 3.27 cr, Tue 2.75 cr. Total: Rs 131.03 cr. India biz."

Kesari kicked off on a promising note with the second highest opening day collections for an Akshay Kumar film and the highest opening for a 2019 film. Kesari also soared past the Rs 100 crore mark the fastest for any 2019 film.

Kesari had slowed down a little as it entered the week but the picked up pace on its second weekend, raking in as much as Rs 19.15 crore. Kesari's release on Holi was a massive contributing factor for the film's great start. Positive word of mouth helped fetch in more numbers.

In his review for NDTV, film critic Saibal Chatterjee wrote: "Kesari has enough self-sustaining fire to be a well-above-average film. And with Akshay Kumar doing the heavy lifting with unwavering enthusiasm, the star's fans will find it easy to get into the swing of this tale of extraordinary courage in the face of daunting adversity."