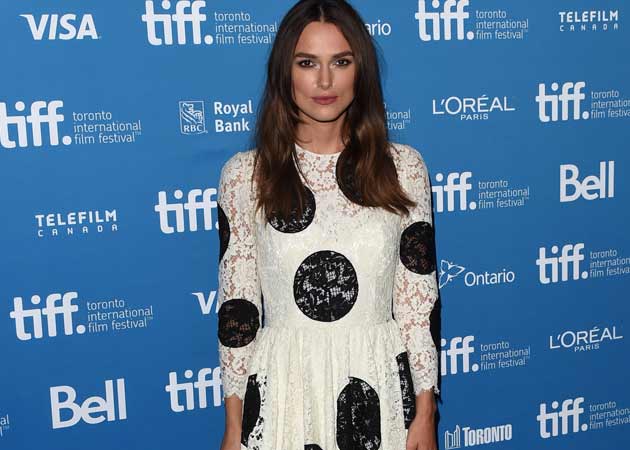 Keira at the press conference of The Imitation Game (image source: AFP)

The actress arrived to the event's press conference for the movie The Imitation Game, in a dalmatian-like lace dress with large black polka dots all over it, reports dailymail.co.uk.

Promoted
Listen to the latest songs, only on JioSaavn.com
But while Keira seemed inspired by one Disney film, it looks like she won't be returning to another, after she confirmed that "the ship has sailed" for her to join Pirates Of The Caribbean 5.

The actress's revelation comes soon after actor Orlando Bloom, who played love interest Will Turner to her Elizabeth Swann in the trilogy, admitted he may join Johnny Depp and Geoffrey Rush in the fifth movie.