Both the actresses are giving us major travel and friendship goals 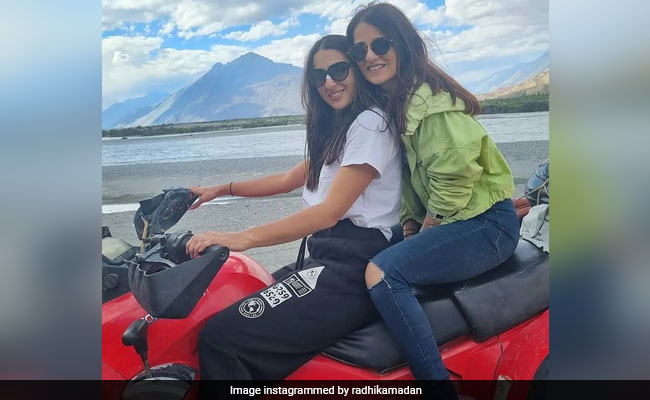 Travel buddies Sara Ali Khan with Radhika Madan are making us so jealous with their travel posts. The actresses returned to Mumbai on Sunday but they are still posting pictures from their Ladakh vacation but hey, we are not complaining. On Tuesday, Radhika Madan posted a set of pictures from Nubra Valley, Ladakh. The album features her with Sara Ali Khan and singer Jasleen Royal, who had accompanied the actresses on their holiday. "Hairat," Radhika Madan captioned the post, adding a couple of heart emojis. What's not to love?

Here are some more posts from the actress' Ladakh vacation:

Radhika Madan made her debut in Bollywood with Vishal Bhardwaj's comedy-drama Pataakha. She later featured in Vasan Bala's action-comedy Mard Ko Dard Nahi Hota, in which she co-starred with debutant Abhimanyu Dassani. She was also seen in Angrezi Medium, which released last year. Radhika Madan has also featured in Netflix series Ray, in which she starred in Vasan Bala's segment titled Spotlight. She has Shiddat and