Kaun Banega Crorepati 13: Amitabh Bachchan has served as the host of the show in almost all of the seasons, except season 3, which was hosted by Shah Rukh Khan 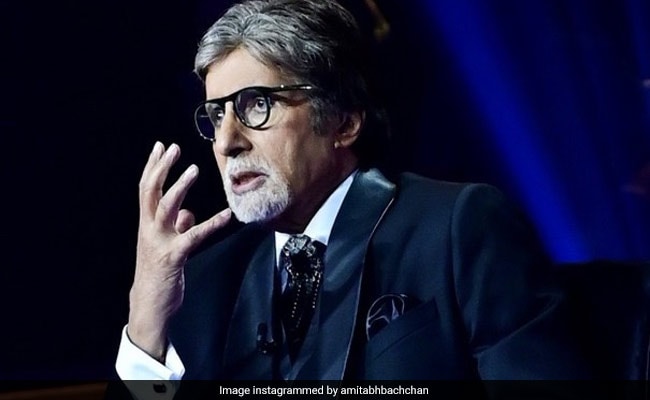 Kaun Banega Crorepati is all set to return to TV with its 13th season and so is the show host Amitabh Bachchan. The actor has started shooting for the quiz show, glimpses of which he has been sharing on his social media profile since Monday. Kaun Banega Crorepati 13 will premiere on Sony TV on August 23 at 9 pm. Sharing a photo of himself from the sets of the show, Amitabh Bachchan wrote: "Chal chal chaman ke bagh mein, meva khilaenge. Meve kid aal tut gayi,toh KBCkhilaenge." In a separate post that the 78-year-old actor shared on Monday morning, he can be seen sitting in his seat on the set. He wrote about the show completing 21 years. "Back...on that chair from 2000... that's 21 years... a lifetime! And gratitude to all that came along."

On Tuesday, Sony TV shared an update about Kaun Banega Crorepati 13 on its official Twitter profile and announced that the show will go on air from August 23. Take a look:

Thank you for the overwhelming response on Part 1 and 2. We now present to you the finale of the three part series #KBCFilmSammaanPart3!

Don't forget to tune in to #KBC13 starting 23rd Aug , 9 pm only on Sony #JawaabAapHiHo. pic.twitter.com/Sdmu8sBGza

Amitabh Bachchan has served as the host of Kaun Banega Crorepati in almost all of the seasons, except season 3, which was hosted by Shah Rukh Khan.

Big B, in his blog yesterday, shared that he has been shooting for Kaun Banega Crorepati 13 during the day and for Ayan Mukerji's Brahmastra at the night. He co-stars with Ranbir Kapoor and Alia Bhatt in Brahmastra. "First days are odious... in work in life in all that life moves on... and they insist respect and attention... and so they do get, what they envisage... putting aside all the other attractions," he wrote in his blog and added: "Work got over a while before... but work follows work... on self and on others and that is the motive behind the connection that has live its life with the care and love it gets...so when the hurly burly is done... the cauldron is still on fire warm... to be boiled and devoured in its adhering to form... KBC may take the day... but this (Brahmastra poster) takes the after hours."