Kaun Banega Crorepati 12: Amitabh Bachchan was in a chatty mood in tonight's episode 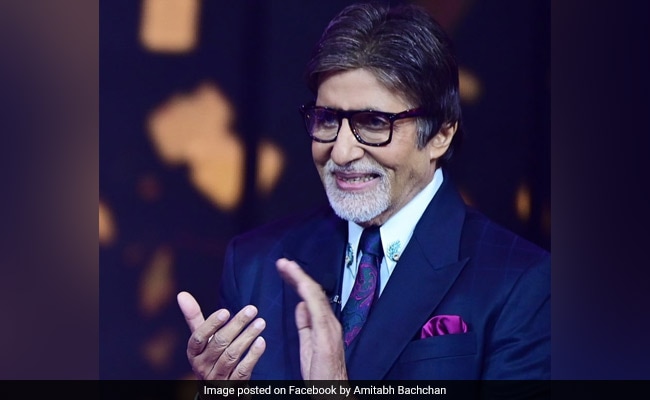 In tonight's episode of Kaun Banega Crorepati 12, Amitabh Bachchan hosted 2 contestants. The episode began with Raj Lakshmi, from Patna (Bihar) making it to the hotseat. During the game, Big B talked to Raj Lakshmi about her childhood days. She recalled that she often fought with her peers. Big B jokingly added that he is a bit scared after hearing her story. Big B also played a prank and acted as if she got one of the answers wrong. However, he revealed that she got the answer right. Raj Lakshmi decided to quit the game after winning Rs 12, 5000. Big B congratulated her for playing the game quite well.

The second contestant to play the game with Amitabh Bachchan was Swapnil Ramesh Chauhan, an entrepreneur from Mumbai, Maharashtra. He will continue to play in tomorrow's episode. Amitabh Bachchan signed off the episode by asking his fans to maintain social distancing and wearing masks.

Some of the questions asked in tonight's episode of Kaun Banega Crorepati 12were:

What is the meaning of the idiom "Aedi choti ka paseena ek kardena?"

Which of these film tells the story of Shruti and Bittoo, who become partners in their very own wedding planning business?

In which of these games, can the number of players in a team vary at certain point of time during a match?

The sum of the numbers mentioned in which of these film titles is the highest?

Which is the single largest internal organ by mass in the human body?

According to the Mahabharata, Draupadi pledged to wash her hair with which of Dhritarashtra's son?

Which of these event, started by KM Munshi is celebrated in India every year from 1-7 July, to create enthusiasm among masses for forest conservation and planting trees?