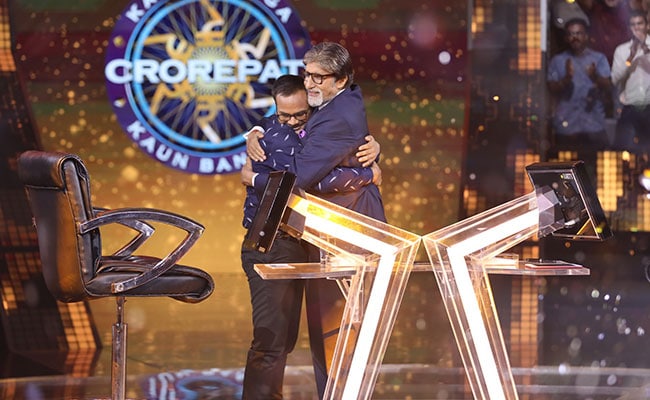 Sanoj Raj with Amitabh Bachchan on the sets of KBC 11.

Sanoj Raj, who aspires to become an IAS officer, became the first crorepati of Kaun Benaega Crorepati 11 by answering the 15th question on Friday night's episode. Speaking to news agency IANS about his experience of participating in the Amitabh Bachchan-hosted show, Sanoj Raj a resident of Bihar, said that he found the importance given to the clothes contestants wore on the show 'irritating.' Sanoj Raj, who was among the 10 contestants staying at a hotel in Mumbai, told IANS, "There were 10 of us as contestants, who were put up in a hotel. We became friends. One thing I found irritating was the clothes. I have always given importance to comfort while dressing up but on the show, fitting and colours were more important. So much effort went into choosing our clothes."

Sanoj Raj from Bihar's Jehanabad district also said that though he failed to get the jackpot question worth Rs 7 crore right, he's happy about winning a crore. He told IANS that his winnings belong to his father. "My father is a farmer. It is not about giving money to him. It is his money... He couldn't finish his studies due to our family's condition. We concentrated on our studies so that we don't have to face that situation." Sanoj Raj's father was in the audience when he won a crore. 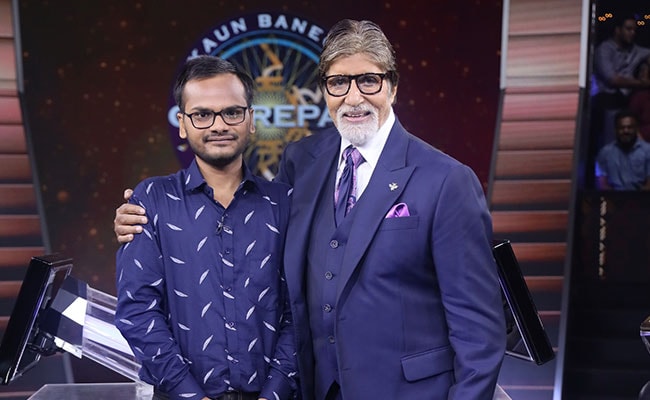 Amitabh Bachchan with Sanroj Raj on the sets of KBC 11.

Of meeting Amitabh Bachchan on the show, Sanoj Raj said, "I had only seen him on the big screen. When I met him, he spoke to me as if he has known me for a long time."