KBC 11: Twitter users are upset with the showrunners for referring to Chhatrapati Shivaji Maharaj as only 'Shivaji' in the answer options. 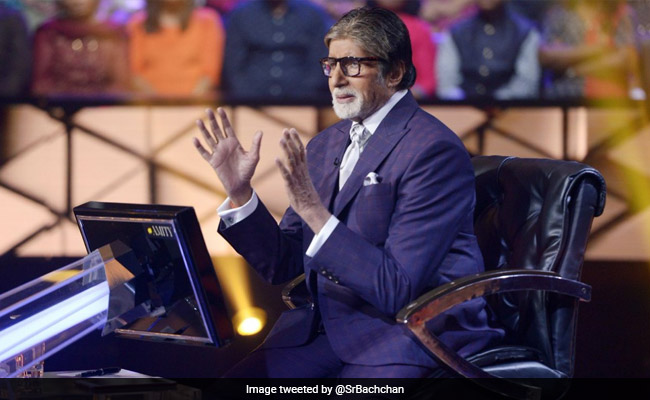 The Internet is offended once again, this time by an answer option on an episode of the Amitabh Bachchan-hosted Kaun Banega Crorepati 11. The hashtag #Boycott_KBC_SonyTv trended on Friday after upset viewers objected to Maratha ruler Chhatrapati Shivaji was listed as answer option D as just Shivaji. The omitting of his title 'Chhatrapati' was compounded by the fact that options A, B and C were listed with their titles - Maharana Pratap, Maharana Ranjit Singh and Rana Sanga. To add further insult to what angry viewers perceived as injury, the question itself styled - correctly - the somewhat divisive figure of Aurangzeb as emperor: "Which of these rulers was the contemporary of Mughal emperor Aurangzeb?"

Surrounded by Maharanas and an emperor, the lone Shivaji stands out unstyled and untitled - and sentiments, all too easily hurt these days, have been grievously wounded. "This is painful... and shameful too. This is what we are lacking, Chhatrapati Shivaji did so much and we can't even respect his work? What coming generation going to learn from this?" wrote one Twitter user while another added, "My respect for the show and the anchor has taken a huge dip after I saw that the respectable #ChhatrapatiShivajiMaharaj is denigrated by being called by his first name only." The elevation of Aurangzeb, often seen as one of history's great villains, only seems to have fuelled inflamed tempers.

Sony TV has apologised, running a ticker on the Thursday episode of Kaun Banega Crorepati which read: "There was an inaccurate reference to Chhatrapati Shivaji Maharaj during yesterday's episode, due to inadvertence. We deeply regret the same," reports news agency IANS.

Here are some tweets shared by upset Twitter users:

#Boycott_KBC_SonyTv
This is painful.... and shameful too. This is what we are lacking, Chatrapati Shivaji did so much and we cant even respect his work , what coming generation going to learn from this? pic.twitter.com/SFAyw9zr8l

#Boycott_KBC_SonyTv my respect for the show & the anchor has taken a huge dip when i see that the respectable #ChatrapatiShivajiMaharaj is denigrated by being called by first name only & the worst of all Mughal rules aurangzeb being ennobled with such respect @VikasSaraswatpic.twitter.com/9UGJKaz1Tv

@SonyTV
Chatrapati Shivaji Maharaj is Pride of Nation.
You Should Write his Name Respectfully#Boycott_KBC_SonyTv@VgDaula@kk_hjs@PoonamS18232206@sureshmun

@SonyTV
Chatrapati Shivaji Maharaj is Pride of Nation.
You Should Write his Name Respectfully#Boycott_KBC_SonyTv

The current 11th season of Kaun Banega Crorepati premiered in August and the jackpot prize money this season is for Rs 7 crore. So far, two contestants have won Rs 1 crore each but no one's hit the jackpot prize yet.