Shahida said that her recovery, which was once said was impossible, was a "miraculous" experience for her 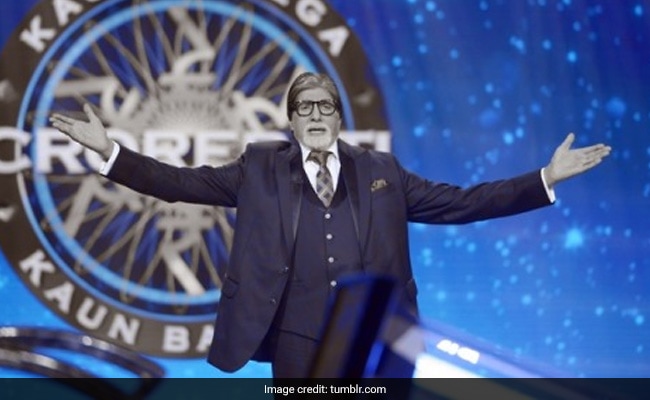 Wednesday's episode of Kaun Banega Crorepati 11 began with Amitabh Bachchan welcoming Shahida Chandan from Gujarat on the Hot Seat. Ms Chandan began with a smooth game and only required her first Lifeline - Audience Poll - during the fifth question. Shahida Chandan exhausted all her Lifelines before she reached the final round of the game and decided to quit mid-way but the touching story of her married life really moved the show host. Prompted by Big B, Shahida Chandan revealed she met with an unfortunate accident when she was dating her now-husband and even after a few years of treatment, the doctor had said she will only be able to walk for five years and then lead a bed-ridden life.

Shahida said she faced a choice between "surviving as a burden to her parents" or leading a not-so-blissful married life. But she was encouraged by her partner to marry him, who said if he has to marry someone, it will be Shahida. She gained courage from her husband's confidence, who, after the wedding, encouraged her for further treatment. Shahida said that her recovery, which was once said was impossible, was a "miraculous" experience for her as she was eventually cured and is now leading a healthy life.

Earlier on the show, Shahida Chandan revealed that she got married against her parents' will, who then severed all ties with her and her husband. Hearing this, Amitabh Bachchan requested on national television that Ms Chandan's parents get in touch with her.

Meanwhile, here are some questions from Wednesday's episode of Kaun Banega Crorepati 11.

#1 Which of these angels is believe dot have revealed the divine message of Quran to Prophet Mohammad?

#2 Which is the only Indian state to currently have a woman chief minister?

#3 In which language was the religious song 'Vaishnav Jan To' originally composed?

#4 In which of these events at the Olympics has India not yet won a medal?

#5 The Chandrayaan 2 mission attempted a landing on which part of the Moon?

#6 Which of these personalities kept a picture of Gandhiji along with those of Isaac Newton, Michael Faraday, James Gimzewski in his house at Princeton?

#7 If you are driving a car in India, the traffic police cannot fine you for not having which of these?

Amitabh Bachchan also welcomed Dr Ashu Sethi on the show, with whom he will continue to play on Thursday's episode. Watch this space for more updates on Amitabh Bachchan's Kaun Banega Crorepati 11.