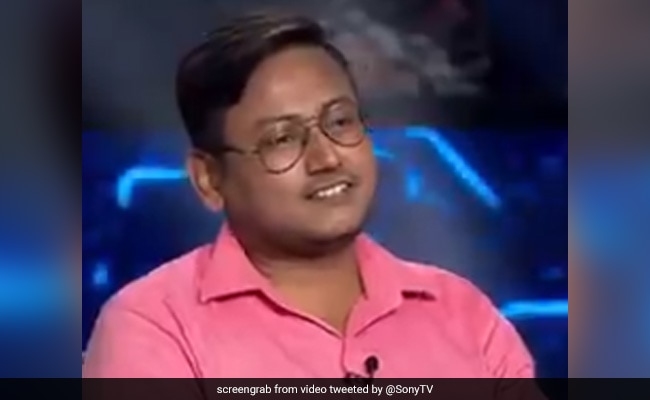 Tonight's episode of the popular quiz show Kaun Banega Crorepati 11 was a special one as host Amitabh Bachchan welcomed the third crorepati of the season - Gautam Kumar Jha. Mr Jha, who works as a senior section engineer in the Indian Railways, earned Rs 1 crore by answering all the 15 questions with ease. The 15th question for Rs 1 crore was: "Aboard which made-in-India ship did Francis Scott Key write the poem 'Defence of Fort M'Henry' that became the US national anthem?" Mr Jha picked the right option 'HMS Minden' and emerged victorious. When Big B asked Gautam Kumar Jha how he knew the right answer, Mr Jha said: "I always read about general knowledge and I believe that if you read more than your syllabus during college or school days, you will retain a lot, which will help you at times like this."

Taking the game ahead, Big B asked Gutam Kumar Jha the 16th question for Rs 7 crore- What was the name of all the three soccer clubs set up with the help of Mahatma Gandhi in the early 20th century at Durban, Pretoria and Johannesburg? However, unable to answer the final question, Mr Jha decided to quit the game.

During a segment of the show, when Amitabh Bachchan asked Mr Jha why most of the people from Uttar Pradesh and Bihar prepare for UPSC, Gautam joked that after ABCD, kids from Bihar and UP directly learn UPSC and that's why they only think about clearing the examination. Mr Jha impressed the Big B with his knowledge and style of playing the quiz.

Meanwhile, take a look at some of the other questions from tonight's episode were:

#During the tenure of which Prime Minister was Chhattisgarh created from Madhya Pradesh?

Watch this space for more for more updates on Kaun Banega Crorepati 11.