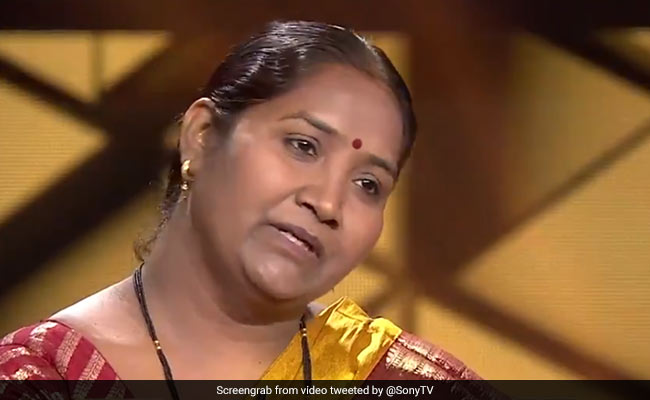 Tonight's episode ofKaun Banega Crorepati 11was anything but ordinary. The show's host Amitabh Bachchan welcomed the second crorepati of the season. Babita Tade, a cook from Amravati, became the second contestant of the season to win a prize of Rs 1 crore. Babita Tade's journey has been nothing short of inspirational. Ms Tade revealed that she cooks food for over 450 schoolchildren in government school, for which she gets a salary of Rs Rs 1,500. The question that fetched Babita Rs 1 crore was: "Which poet in the court of Mughal ruler Bahadur Shah Zafar, wrote the Dastan-e-Ghadar, a personal account of 1857 Revolt?" Babita, who wasn't quite sure about the answer, used her final lifeline and sought the expert's help and she emerged victorious.

The final question, called the "jackpot question" for the night was: "Which of these states has had the most number of its governors become presidents of India?" Babita, who wasn't very confident, decided to quit the game. However, when Big B asked her to guess the right answer, Ms Tade said, "Bihar," which was in fact the right answer.

Some of the other questions asked during tonight's episode were:

From which of these Puranas is the Chandi Paath, a famous hymn to Shakti especially recited during the Durga Puja, taken?

Which reformer from Maharashtra is called Lokhitavadi?

Which country sent the first human-made object to the moon?

In the Valmiki Ramayana, which of these divine jewels did Sita wear?

During a segment of the show, when Amitabh Bachchan asked Ms Tade what she would like to do with the winning amount, Babita revealed that she would want to buy a mobile phone for herself. Sanoj Raj, a UPSC aspirant from Bihar, was the first contestant to emerge as the crorepati of the season.

Watch this space for more for more updates on Kaun Banega Crorepati 11.