Big B also took a dig at trolls by revealing that he is constantly subjected to negative criticism on social media. 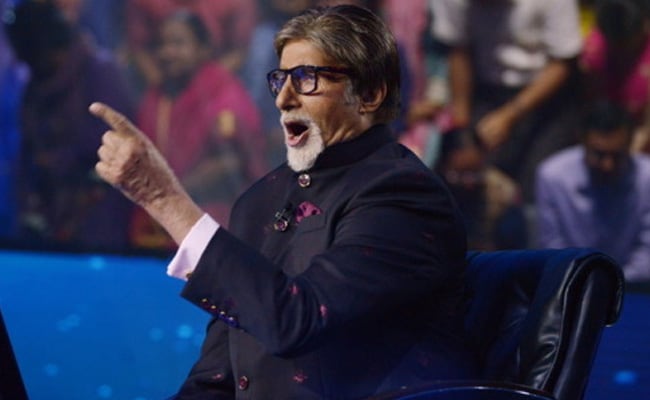 Amitabh Bachchan, who makes each and every episode of Kaun Banega Crorepati exceedingly interesting, hosted a young contestant named Laboni Basu from North 24 Parganas in West Bengal on Monday's episode. Laboni Basu, who hails from a rather simple background, told Big B that she doesn't have a social media profile. Amitabh Bachchan, who was rather taken aback and impressed with Laboni's simplicity, wanted to confirm what he was hearing and asked her again: "Have you ever been on social media?" When Laboni answered in the negative, Big B heaved a sigh of relief and said: "Bahut achha kiya! (You did a good thing!") Next you know Mr Bachchan was inviting Laboni to connect with him on the Internet. Big B explained the procedure and said all she has to do is tag him on any social media platform and Laboni will be in direct touch with Amitabh Bachchan.

Big B also took a dig at trolls by revealing that he is constantly subjected to negative criticism on social media.

Meanwhile, Monday's episode was a mix of emotional moments and ROFL snippets. Big B got emotional as the contestant revealed she started working as early as 9 or 10 years old and that she used to tutor younger students to earn a living when in the 10th standard. On a lighter note, Big B ordered the managers to get shawls for Laboni, who visibly found the air-conditioning too cold.

Here are some of the questions from Monday's episode. How many of you can you answer? Tell us in the comments below.

# According to The Arabian Nights, what appeared when Aladdin's lamp was rubbed?

# Which of these gods or goddesses took on the avatar of Mohini?

# Which of these combinations of celebrities and the constituencies from which they contested in the 2019 Lok Sabha elections is correct?

# Which of these mountains is a two peak massif, the eastern summit of which is called Sunanda?

# Nandita Das has directed a film based on which writer's life?

Laboni Basu exhausted all her lifelines during the course of the show and went home with a prize money of 3,20,000.