Both the contestants took home a prize of Rs 12,50,000 in tonight's episode 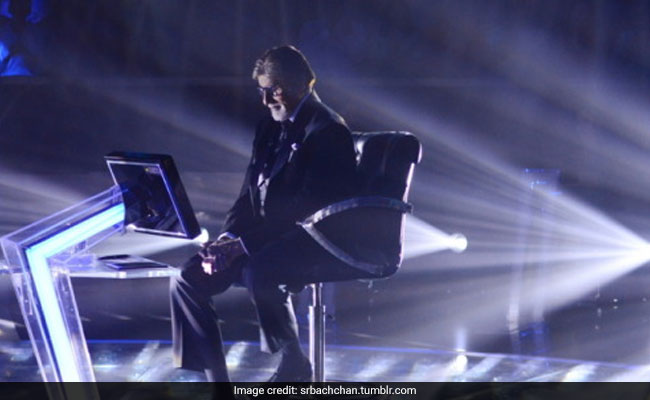 As a part of the special Karamveer episode, Amitabh Bachchan hosted Navin Gulia and his wife in tonight's episode ofKaun Banega Crorepati 11. Navin Gulia, an native of Haryana, who happens to be an ex-army officer, an acclaimed author and a social worker, talked about his foundation ADAA (Apni Duniya Apna Aashiyaan) that works towards helping the underprivileged children. Navin, who was accompanied by his wife Deepa Gulia, shared anecdotes about his life that impressed Mr Bachchan. During a segment of the show, the couple shared a story of their first date, when Navin's car got punctured and Deepa had to push it with her hands. Big B was amused by the couple's story and couldn't help but laugh.

Before hosting Karamveer contestant Navin, Big B played the game with yesterday's roll-over contestant Balaji Saudagar Morey from Latur, Maharashtra, who, after exhausting all the lifelines decided to quit the game. He went home with a sun of Rs 12,50,000. For tonight's episode News anchor Richa Anirudh was the expert, who helped all the contestants as a part of the 'Ask The Expert' helpline.

Questions pertaining to science, current issues, sports and politics were largely asked in tonight's episode. Here are some of the questions that the contestants were asked during tonight's episode:

Where in Haryana would you find an Indian Institute Of Management?

Which of these aircrafts is not a part the Indian Air Force?

Which place became the first in India to host a Paragliding World Cup in 2015?

Who invented the electric telegraph in 1830's?