Kaun Banega Crorepati 10 Episode 1: Amitabh Bachchan Is Back With A Bang And We Are Thrilled 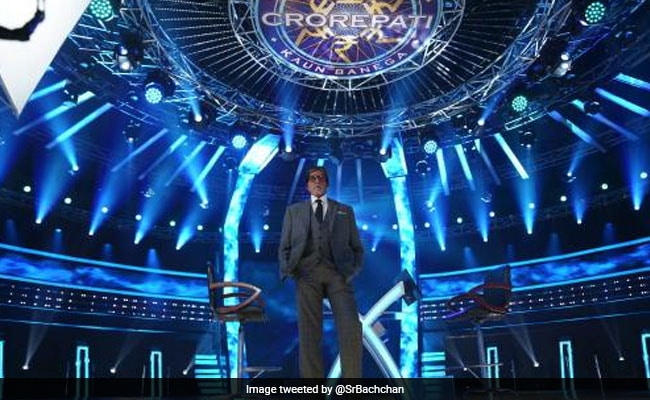 Amitabh Bachchan returned with a bang as the host of the much awaited show Kaun Banega Crorepati 10, which aired on Sony entertainment Television. The 75-year-old actor hosted two contestant on the first episode of the season. Big B kick started the first episode of the season by welcoming viewers in his signature super-energetic fashion. Big B also introduced the 10 contestants, who would be participating in the Fastest Finger First question round. The Fastest Finger First question was correctly answered by only one contestant named Sonia Yadav. Sonia, a retired Airforce squadron leader, hailed from Rewari, Haryana. The game began after Amitabh Bachchan briefly explained the rules and levels of the game to the contestant.

The contestants will have 45 seconds to answer each question allotted in Level 1 and a minute each for questions in the second round. Amitabh Bachchan made his contestants aware about certain changes, which have been made in this season. In lifelines, the audio call has been replaced with video conferencing. Anjana Om Kashyap, senior journalist joined the expert's panel to help contestants when he/she opts for 'ask the expert' lifeline.

Sonia Yadav survived to play 12 questions and went home with a prize money of Rs 12,50,000. Sonia ran out of her lifeline by the end of 12 questions. The 13th question put Sonia in trouble. Unable to answer the 13th question, Sonia decided to quit the game and take home Rs 12,50,000. Taking the game ahead, Amitabh Bachchan once again asked the Fastest Finger First question. Somesh Kumar Choudhary got the answer correct before anyone else but before he could take his first question on the hot seat, the buzzer went off.

Here is a list of few questions asked during the show.

In the film PadMan, the character of Akshay Kumar invents a low cost machine to create what?

Which of these substance is composed of two elements - hydrogen and oxygen?

In which of these events at Commonwealth Games 2018 did the finals have two Indians competing for gold medal?

Which of these states' capital is farthest east?

At which monument in Delhi did British arrest Bahadur Shah Zafar in Sept 1857?

Kaun Banega Crorepati10 will be back tomorrow at the same time on Sony and will air for an hour every day of the week till Friday.