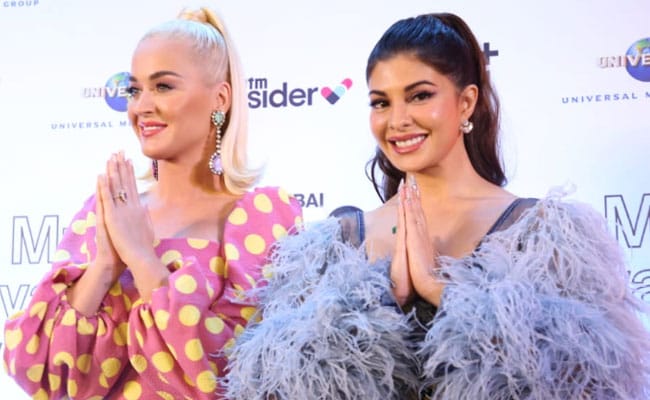 Sorry B-town celebs, but Mumbai is a little preoccupied with pop sensation Katy Perry right now. The 35-year-old singer is in Mumbai for her first ever concert in the city, which, however, is not until November 16. So, Katy Perry wants to soak in the flavour of Bollywood and "is excited about indulging in everything Indian" in the interim days. The Roar singer, who attended a press conference with Jacqueline Fernandez, made an appearance on the actress' Instagram to reveal her "first day in Mumbai plans." Guess what? Katy Perry wants to catch a show of Kick, starring Jacqueline and also Salman Khan. "I'm going home to watch Kick. That's what I'm going to do on my first evening in Mumbai." Katy Perry and Salman Khan were part of the IPL opening ceremony in Chennai in 2012.

With the diva herself! @katyperry Are you guys ready for Nov 16th? #oneplusmusicfestival

"Oh my god," says Jacqueline, who earlier says in the video: "Guys, I'm having such a fan-moment right now." Watch it here:

Meanwhile at the press conference, Katy Perry and Jacqueline Fernandez greeted the media and the paparazzi with namaste. Talking about spending a week in Mumbai, Katy Perry said: "I am going to a fun party, going to meet some Bollywood people and hearing some incredible bands. It's been a long time since I've been here," reported PTI. Ahead of her Mumbai concert on Saturday, Katy Perry will reportedly be hosted by filmmaker Karan Johar, who apparently has planned a happening party. Pune Mirror reports that Katy Perry will be chilling with guests like Deepika Padukone, Ranveer Singh, Varun Dhawan, Alia Bhatt, Malaika Arora and more at the party. 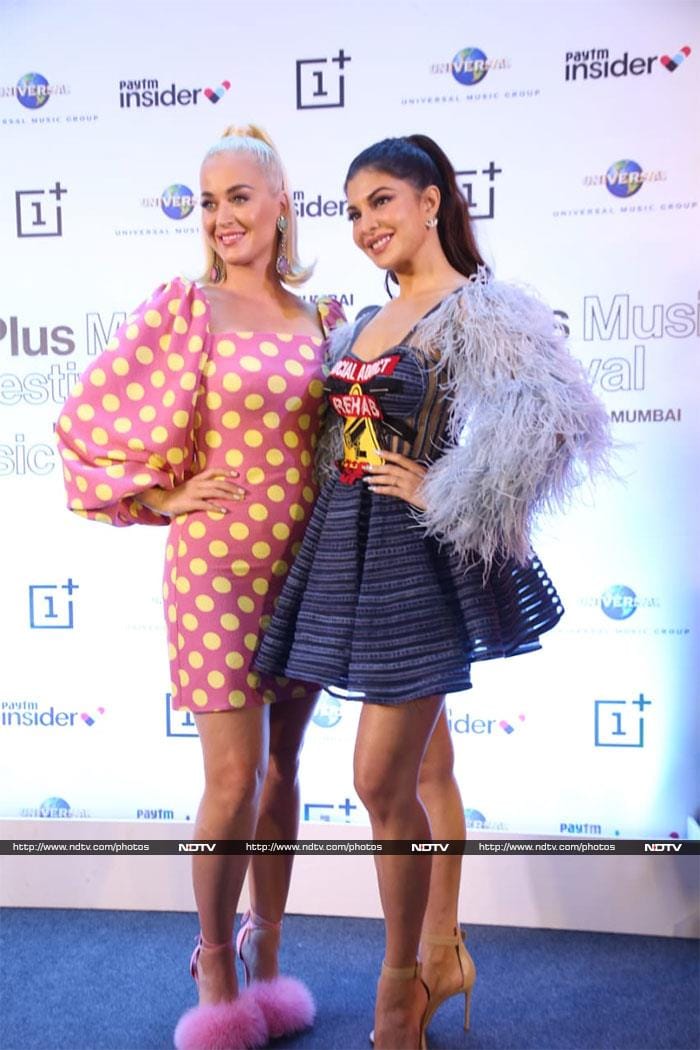