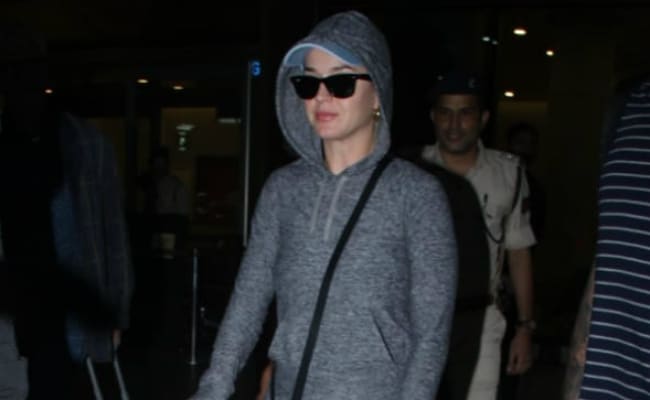 Singing sensation Katy Perry checked into Maximum City in the wee hours of Tuesday and was welcomed by a sea of paparazzi at the Mumbai airport. Dressed in a grey romper and flip-flops, the Roar singer was escorted through the airport with heavy security. Katy Perry quickly made her way to her car with occasional glimpses at the shutterbugs, who followed her at close heels. The 35-year-old singer landed in Mumbai days ahead of her much-awaited concert in the city on November 16, which will inaugurate the OnePlus Music Festival and also mark Katy Perry's first ever concert in the city. 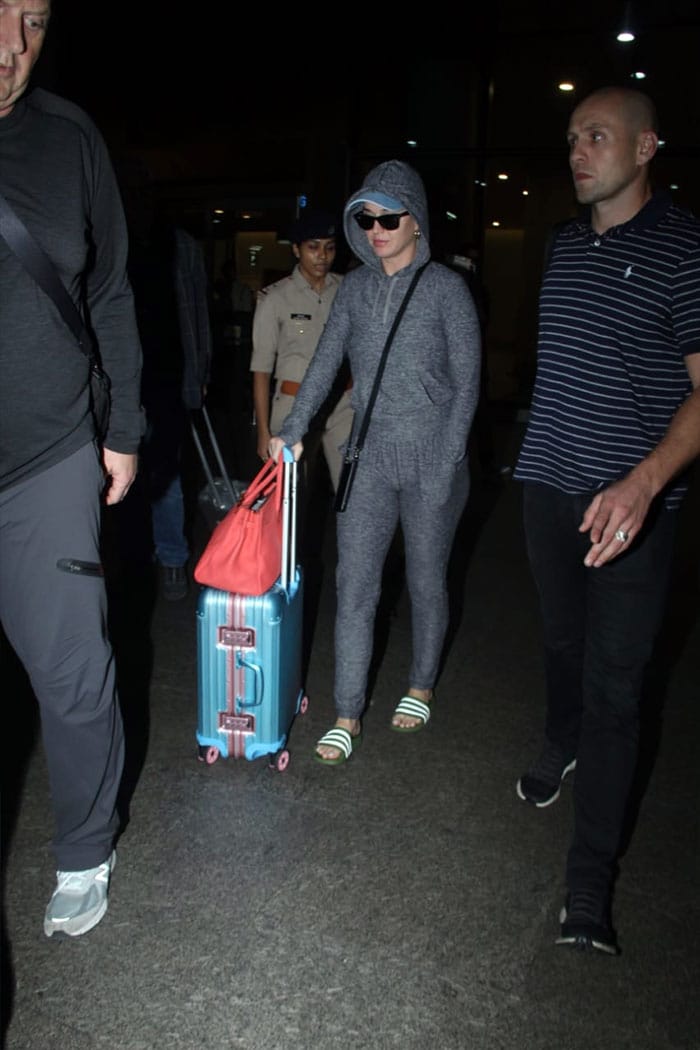 Katy Perry was escorted by security 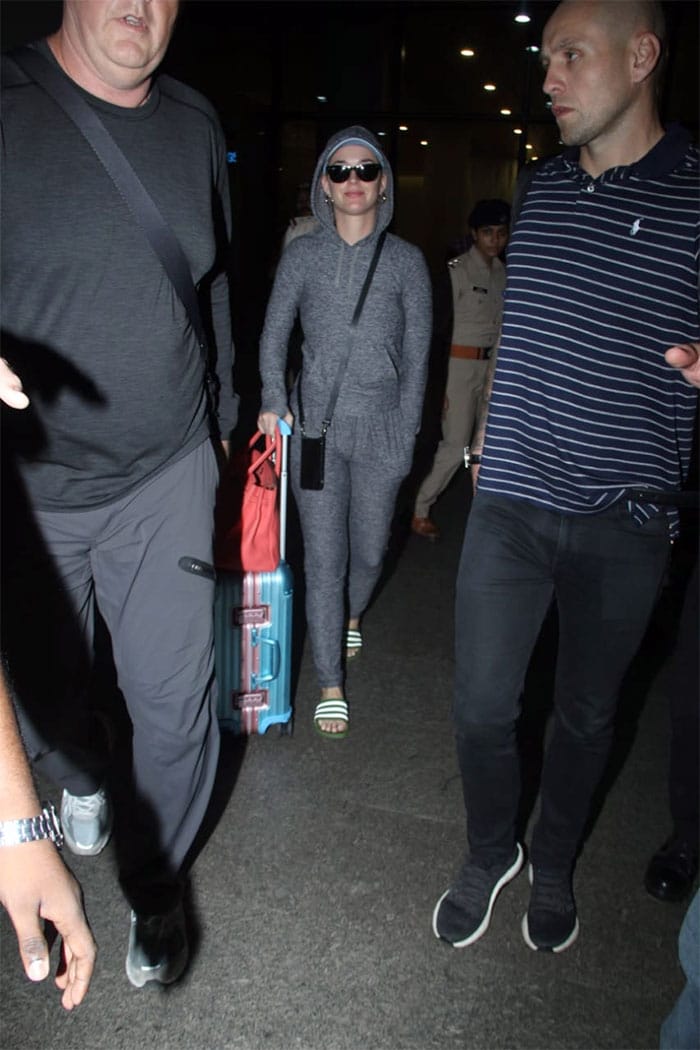 Looks like Katy Perry's Mumbai itinerary includes a happening party with Bollywood celebs, courtesy Karan Johar. A Times Of India report stated that Karan Johar has planned a blockbuster party for Katy Perry on Thursday, two days ahead of her Mumbai concert. A Pune Mirror report added that KJo's party will also have guests like Deepika Padukone, Ranveer Singh, Alia Bhatt, Malaika Arora and others: "Varun Dhawan and Alia Bhatt, Ranveer Singh and Deepika Padukone, Ayan Mukerji and Malaika Arora among Karan's Bollywood friends are expected to be present."

Announcing her Mumbai concert earlier this year, Katy Perry had said in a statement: "I am so happy to be returning to India and excited to headline my first-ever performance in Mumbai. I am looking forward to seeing and singing with all of my Indian KatyCats at the OnePlus Music Festival," reported news agency IANS.

Before this, Katy Perry visited India in 2010, when she married comedian-actor Russell Brand in Rajasthan. They later got divorced. How excited are you about the Katy Perry concert? Tell us in the comments below.