Katrina Kaif Plays Cricket On Bharat Sets And Hey, Anushka Sharma, She Has A Special Message For You And Virat Kohli

Wow, Katrina Kaif, what a shot! Folks, have you seen Katrina playing cricket ever? If not, we here's a video for you 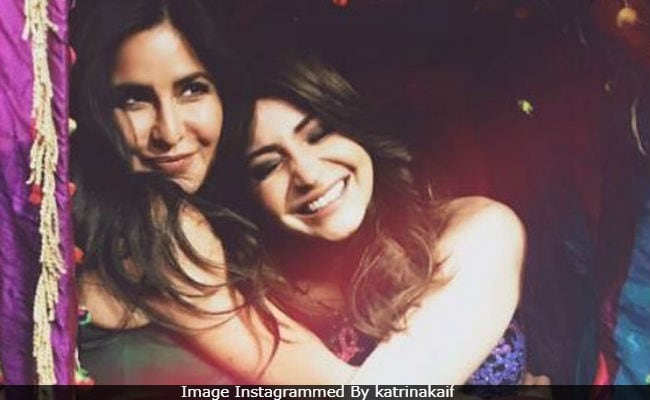 Wow, Katrina Kaif, what a shot! Folks, have you seen Katrina playing cricket ever? Well, if you haven't, here's a video of her playing cricket on the sets of her forthcoming film Bharat. With the post, Katrina has sent a special message to her Zero co-star Anushka Sharma to "put in a small word for her" with the captain of the Indian cricket team. Yes, she means Virat Kohli, whom Anushka is married to. "Pack up ke baad at Bharat sets, as the world cup nears. Anushka Sharma, perhaps you could put in a small word for me with the captain of the team. Some room for improvement in my swing, but overall not a bad all-rounder," she wrote. The song Apna Time Aayega from Gully Boy plays in the background. While we wait for Anushka's answer, here's someone who wants to take Katrina in her team. Actress Preity Zinta, who owns a team in the Indian Premier League (IPL), commented, "Wow, we should hire you." Katrina soon responded in kind and wrote, "Do it, come on let me play."

Here's the video we are talking about.

Pack up ke baad #bharat sets as the World Cup nears @anushkasharma perhaps u could put in a small word for me with the captain of the team some room for improvement in my swing, but over all not a bad all rounder #apnatimeaayega

Katrina and Anushka first co-starred in the film Jab Tak Hai Jaan, which released in 2012. The film was headlined by Shah Rukh Khan, who also co-starred with the actresses in 2018's December release Zero.

Bharat is Katrina's film with Salman Khan. It is currently being shot in Mumbai. Some days ago, Salman also shared a video of himself playing cricket on the sets. Take a look.

Bharat is directed by Ali Abbas Zafar and releases during Eid 2019.