Zero Preview: Shah Rukh Khan Loves Anushka Sharma To The Moon And Back. Katrina Kaif Is The Twist

Zero will clash with the Hindi version of Kannada film KGF, starring Yash. Nevertheless, get ready for fireworks at the box office! 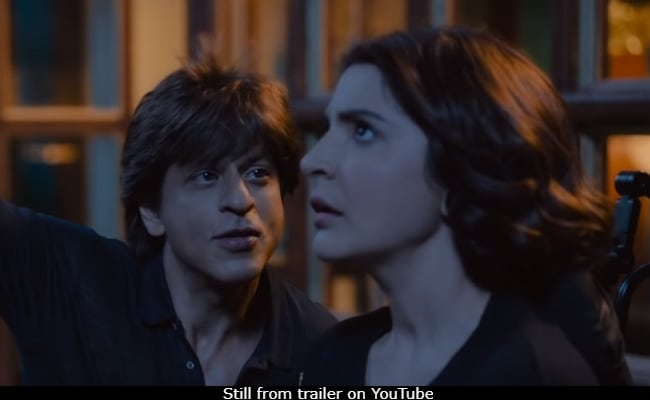 Zero. The title of the film sounds as interesting as the cast of the movie. Directed by Aanand L Rai, Zero reunites the Jab Tak Hai Jaan trio - Shah Rukh Khan, Katrina Kaif and Anushka Sharma - after six years on the big screen. But Zero is special because in the movie, Shah Rukh plays a vertically challenged character named Bauua Singh, who hails from Uttar Pradesh's Meerut. Anushka and Katrina also have rather riveting roles. While Anushka plays a specially abled scientist named Aafia, Katrina has been cast as an alcoholic superstar named Babita Kumari. The love triangle between Bauua, Aafia and Babita forms the crux of the storyline.

The trailer and songs released ahead of the film appeared to reveal that Bauua and Aafia shared a beautiful relationship till Babita Kumari ends up kissing Bauua. He then ditched Aafia on the wedding day to be with Babita, who later throws him out of her life. Then begins Bauua's struggle to win over Aafia.

The playlist of Zero is a hit already with tracks such as Husn Parcham, Issaqbaazi and Mere Naam Tu turning out to be absolute favourites. Salman Khan, who was first approached for the protagonist's role in Zero, also makes a cameo in the film. He shares the dance floor with Bauua Singh in the song Issaqbaazi.

Zero also found itself in the midst of a controversy when members of the Sikh community filed a petition at the Mumbai High Court claiming that the film allegedly hurt religious sentiments. Two days ahead of the film's release, the makers asserted that the controversial scenes in the film have been digitally altered.

On Friday, Shah Rukh Khan's Zero will clash with the Hindi version of Kannada film KGF, starring Yash. Nevertheless, get ready for fireworks at the box office!