Anushka Sharma, who was earlier in Australia cheering for Virat Kohli and team India, has also accompanied them to their next destination 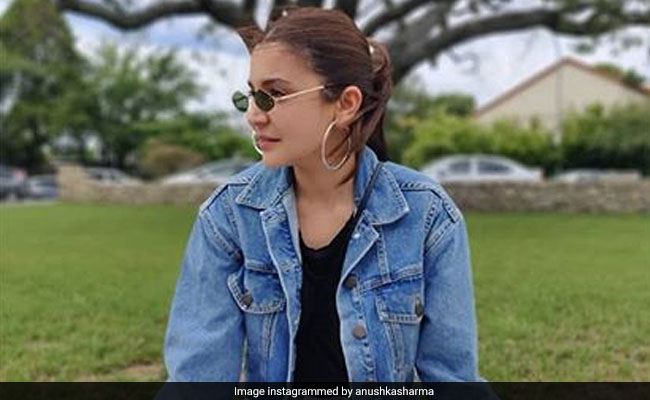 After winning their first bilateral ODI series against Australia, skipper Virat Kohli along with the Indian cricket team touched down in New Zealand recently for their next ODI and T20 series against the Kiwis. Anushka Sharma, who was earlier in Australia cheering for her husband and team India, has also accompanied them to their next destination. While Virat is busy prepping for his matches beginning on Wednesday, Anushka appears to be enjoying the picturesque locales of the island country and her latest Instagram post is proof. On Monday, the 30-year-old actress shared a picture of herself seated in what appears to be a park. Dressed in a denim jacket, black tee and white pants, Anushka captioned her photo: "No filters needed."

Over the weekend, Anushka Sharma delighted her Instafam with a million dollar photo from the Australian Open featuring herself and "sunny boy" Virat. "Beautiful sunny day at tennis with this beautiful sunny boy", she wrote.

Anushka Sharma and Virat Kohli often share mushy Instagram posts for each other. Recently, the couple had shared wonderful pictures on Instagram from what appeared to be a ranch in Australia. Anushka had captioned the set of photos: "Days like these."

Anushka Sharma rang in the New Year with Virat Kohli in Australia. Virat shared glimpses from their New Year's celebration on social media. "Happy New Year to everyone back home and all over the world, all the way from Australia. Have a wonderful year ahead God bless everyone," wrote Virat.

Happy New Year to everyone back home and all over the world, all the way from Australia. Have a wonderful year ahead God bless everyone.

Anushka Sharma and Virat Kohli, who got married in 2017, celebrated their first year wedding anniversary in December last year.

On the work front, Anushka Sharma was last seen in Aanand L Rai's Zero, which also featured Shah Rukh Khan and Katrina Kaif. She played the role of specially abled scientist in the film.