Read inOther Languages
This Article is From Jan 15, 2019

As India won their second ODI against Australia in Adelaide on Tuesday, Anushka Sharma shared a funny new video of Virat Kohli 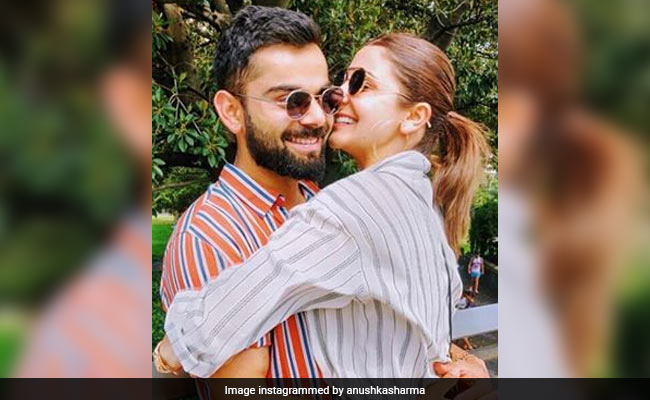 As India won their second ODI against Australia in Adelaide on Tuesday, Anushka Sharma shared a funny new video of Virat Kohli on her Instagram stories. Anushka recorded the video of Virat with him having the slightest knowledge of the fact that she was using a puppy filter on her husband's face. She captioned the video "Cutie" and accompanied it with two heart eyes emoticon. Throughout the video Virat is unsuspecting of what his wife is up to while the 30-year-old actress can't stop being laughing at what she recording. The video is being shared on several fan clubs and fans can't thank Anushka enough for sharing the million dollar video. Anushka has accompanied Virat to Australia where team India is playing three-match one day series.

First of all Thank you so much @anushkasharma for this! I just can't even thank you enough! Just love! And @virat.kohli hwww! How can you be so this much cute lobe Again falling from the start & from me a Hiiiiiii too And #virushka you both are just Goals! . . .#virushka #viratkohli #anushkasharma #goals

Anushka Sharma and Virat Kohli often share mushy Instagram posts for each other. Recently, the couple had shared identical posts on Insragram from what appeared to be a ranch in Australia. Anushka had captioned the set of photos: "Days like these."

Anushka Sharma also celebrated New Year's with Virat Kohli in Australia. The couple shared two wonderful posts on New Year's. "Happy New Year to everyone back home and all over the world, all the way from Australia. Have a wonderful year ahead God bless everyone," wrote Virat.

Happy New Year to everyone back home and all over the world, all the way from Australia. Have a wonderful year ahead God bless everyone.

Anushka Sharma and Virat Kohli, who got married in 2017, celebrated their first year wedding anniversary in December last year.

On the work front, Anushka Sharma was last seen in Aanand L Rai's Zero in which she played the role of specially abled scientist. The film also featured Shah Rukh Khan and Katrina Kaif and it released on December 21.