A curious Farah Khan, asked "Who is this cute bhaiya?" 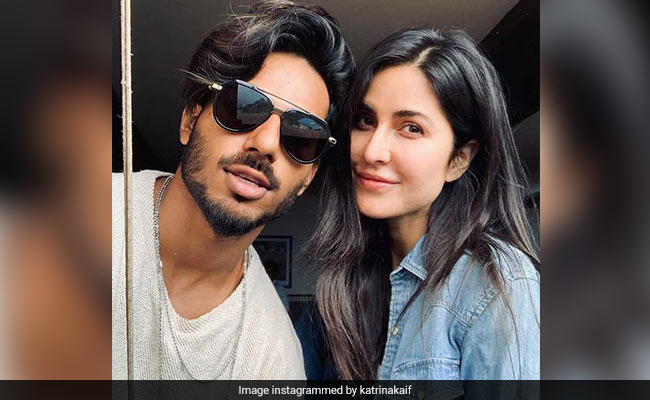 Katrina Kaif's latest Instagram post is making the Internet very curious and the reason behind their curiosity could be attributed to Katrina Kaif's caption on the post. The 35-year-old actress shared a selfie along with celebrity hairstylist Amit Thakur and she captioned it: "Bhaiya and me." She added a flower emoji. Katrina looks pretty as ever in a denim shirt and sans makeup (but more on than later). This is the story of the Internet's (many) reactions to her post. What followed suit was a series of guesses in the comments section. Farah Khan, who has worked with Katrina in the 2010 film Tees Maar Khan, wrote: "Who is this cute bhaiya?" Another celeb comment that popped up in Katrina's post was by Huma Qureshi, who wrote: "Thakur Bhaiya" and added three LOL emojis.

Now, to quench the curiosity of fans, the man in the aforementioned post is Amit Thakur, a celebrity hairstylist. His Instagram bio lists him as a "hairstylist and a digital content creator." He is Katrina's hairstylist and he even styled the actress' hair in the recently-released filmBharat, in which she sported a permed hairdo.

What an amazing experience it was creating this look for her ... Also my favourite song from the film is out at 12 pm today #chashni #mua @artinayar #hair @amitthakur_hair #styling @veerakapuree #curlynaturalhair #curlyhair #curlyhairstyles #curlytexture #katrinakaif #salmankhan

Katrina Kaif is basking in the success of her recently-released film Bharat, which featured Salman Khan in the titular role. Katrina will next be seen in Rohit Shetty's Sooryavanshi, in which she will be seen sharing screen space with Akshay Kumar.