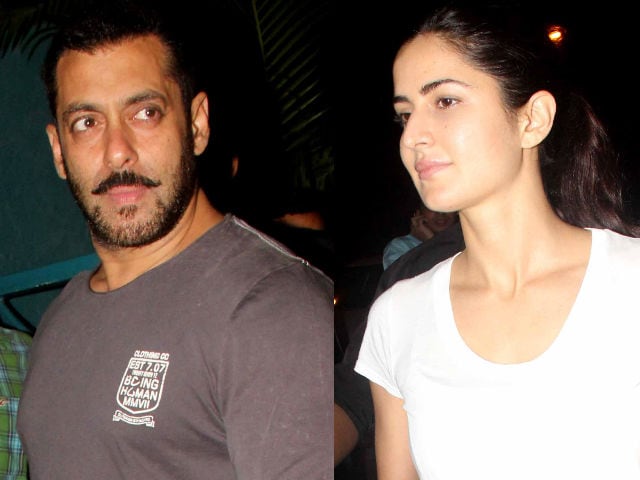 Mumbai: Ranbir Kapoor and Katrina Kaif's alleged break-up has been the talk of tinseltown for the last few months. The actor was the first to move out of their sea-facing Silver Sands apartments, and reportedly shift to a new bachelor pad close to his parents' Krishna Raj bungalow. Kat, on the other hand, had been alternating between their love nest and her old house on Waterfield Road. Now we hear that the actress has decided let go of the former and is keen to move into another highrise.
Katrina Kaif with Salman Khan's business manager Reshma Shetty exiting a Bandra restaurant where they had lunch during the house hunt. (Image courtesy: mid-day.com)
Says a source, "On Sunday afternoon, Katrina was seen with Reshma Shetty, business manager of ex beau Salman Khan, hunting for a flat to rent out. She checked out a few buildings in and around Bandra, but didn't like any."

A source close to Katrina, who remained unavailable for comment, confirms the buzz, saying: "Yes, Katrina is looking for a new place to stay, but hasn't zeroed in on anything at the moment. She recently returned from the Bangkok schedule of her next, Baar Baar Dekho, and will soon be flying out to Morocco for Jagga Jasoos. So, she is keen to finalise a house before zooming off." (Also Read: Salman Khan And Katrina Kaif's Late Night Rendezvous at Mumbai Nightspot)

Jagga Jasoos will bring Ranbir and Kat back on the big screen and its shoot in Thailand and South Africa has already been wound up.

During the house hunt, Katrina Kaif apparently lost her cool over the paparazzi tailing her. An eyewitness says, "She was aware about media photographers following her, but she chose not to react initially. However, after a point, she got down from her car and went up to them. She said if they would continue pursuing her, she would lodge a police complaint against them."