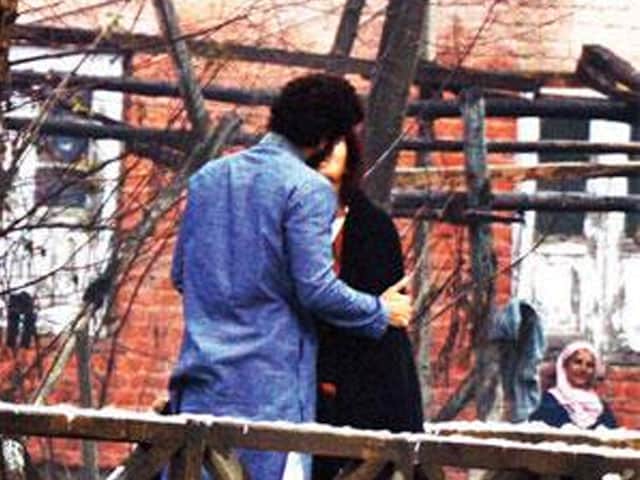 It's winter in Kashmir and the crew filming director Abhishek Kapoor's work-in-progress Fitoor were bundled up in sweaters and down jackets. Lead actors Katrina Kaif and Aditya Roy Kapur, on the other hand, had to depend on the heat generated by an intense kiss (for the film, you guys!) for warmth. (Also Read: For Ranbir Kapoor, Katrina Kaif's Kashmir Set is Off-Limits)

A rickety bridge over Srinagar's Dal Lake formed the perfect backdrop for the stars' passionate lip-lock. 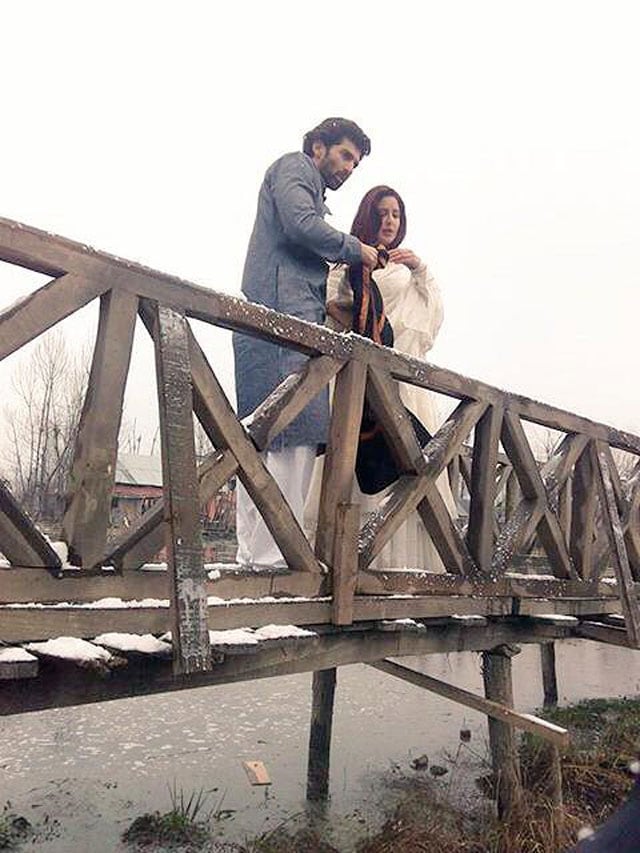 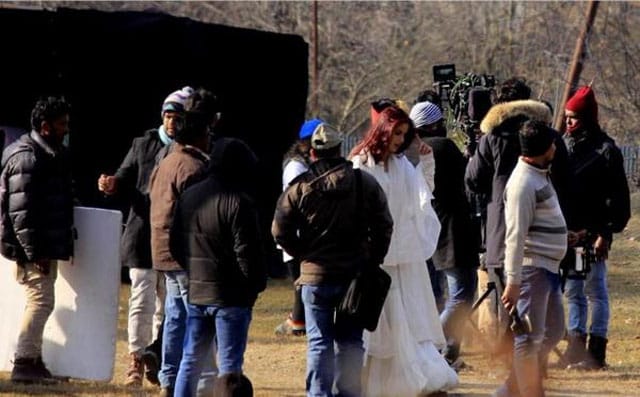 Fitoor is an adaptation of Charles Dickens' classic novel Great Expectations. Aditya and Katrina play Noor and Firdaus, desi versions of Pip, the rustic orphan who makes good, and Estella, the remote and elusive object of his Pip's affections.

In the Bollywood adaptation, Noor is a Shikara rover lured into the world of Firdaus and her adoptive mother - a wealthy Begum (played by Rekha), who is the desi retelling's Miss Havisham, frozen in time after being jilted at the altar.

Promoted
Listen to the latest songs, only on JioSaavn.com
Fitoor's week-long Kashmir schedule has now ended. Shoot locations included the famous Nishat Garden on the banks of the Dal Lake, where Katrina arrived wearing a burqa. 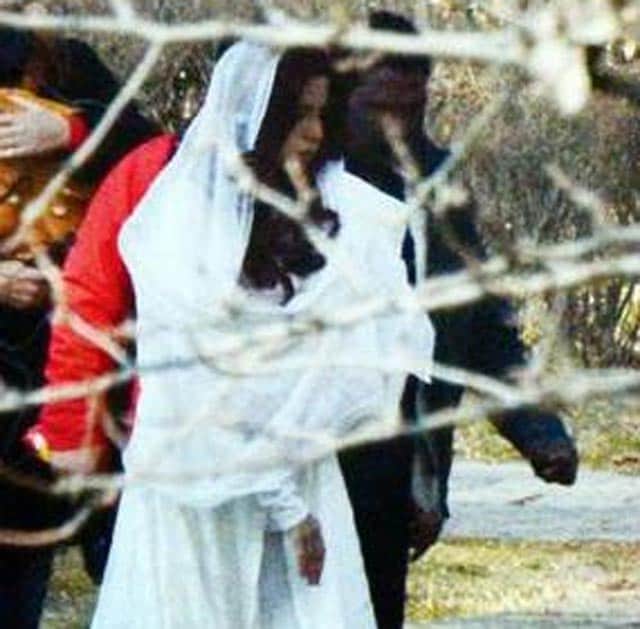 The Valley is slowly making its way back into the Bollywood lexicon, with Vishal Bhardwaj's Haider being set in Kashmir to great acclaim. Fitoor, however, is the first Bollywood movie being shot in Kashmir after last year's floods and is set to hit screens on Christmas this year.