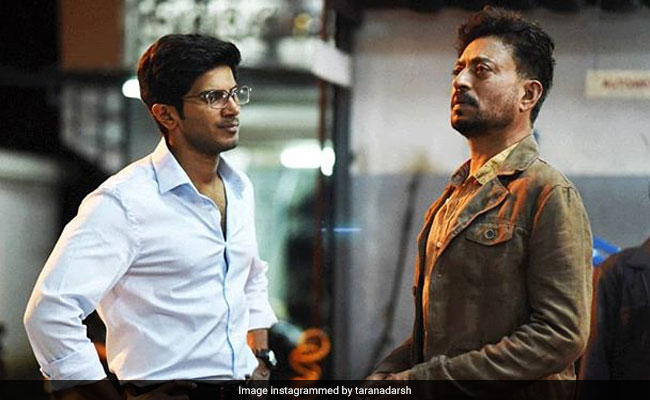 A still from Karwaan (courtesy taranadarsh)

The much talked-about road-trip movie Karwaan travelled a long way on the box office meter over the weekend. After a comparatively slow start, the film made almost Rs 7 crores cumulatively on Saturday and Sunday, stated trade analyst Taran Adarsh. Karwaan, which stars Irrfan Khan, Dulquer Salmaan and Mithila Palkar in lead roles, struggled to make Rs 1.6 crore on opening day but the numbers sure improved as it entered the weekend. However, Karwaan needs to be consistent with its performance through the week, tweeted Mr Adarsh. Karwaan currently stands at a box office score of Rs 8.10 crore and counting.

Karwaan's box office performance may have been more had it not clashed with Taapsee Pannu's new courtroom drama Mulk and Fanney Khan, Anil Kapoor and Aishwarya Rai Bachchan's new film. Mulk's box office score is just a shade higher than Karwaan's while Fanney Khan lags behind with almost Rs 7 crores.

Directed by Akarsh Khurana, Karwaan opened to middling reviews. In his review for NDTV, Saibal Chatterjee summed up Karwaan like this: "The film has a wonderful cast, lush visuals and an easy, unhurried, non-formulaic flow."