"All your love, prayers and fasting is making me run faster," wrote Anil Kapoor 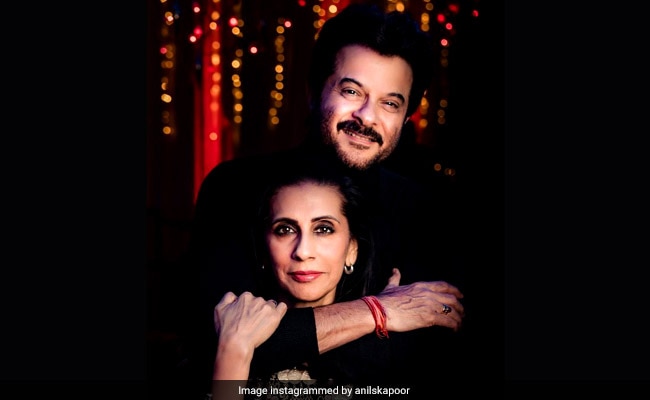 At 62, Anil Kapoor is arguably one of the fittest actors in Bollywood and his latest Instagram entry is proof. BTW, do you know the reason behind the actor's fitness? It is his wife Sunita Kapoor. On Karwa Chauth, the actor posted a video, in which he could be seen running on a racing track with full intensity. In his post, the Welcome actor stated that his reason behind his fitness and fast running could be attributed to Sunita Kapoor. "All your love, prayers and fasting is making me run faster and keeping me healthy today and every day. Happy Karwa Chauth," wrote Anil Kapoor. Sunita Kapoor responded to Anil Kapoor's video by posting several kiss emojis in the comments section. The video has over 6 lakh views on Instagram.

All your love, prayers and fasting is making me run faster & keeping me healthy today and everyday! Happy karva chauth @kapoor.sunita

Meanwhile, Sunita Kapoor, who hosted a special Karwa Chauth party, shared pictures from it on her Instagram profile. The party was attended by Shilpa Shetty, Raveena Tandon, Maheep Kapor, Rima Jain, Bhavana Panday and Neelam Khothari. Sharing the pictures from the Karwa Chauth celebrations, Sunita Kapoor wrote: "The end to another memorable Karwa Chauth... All you wonderful friends and family make it so warm and fun. Thank you to all for being there. Love you guys. Last but not the least, blessed to have my wonderful, mad and inspirational husband."

The end to another memorable Karva chauth .. All you wonderful friends and family make it so warm and fun Thank you to all for being there.. love you guys.. And last but not the least , blessed to have my wonderful, mad and inspirational husband..

Anil Kapoor met designer Sunita Kapoor on the sets of the 1984 film Meri Jungand they got married the same year. Sonam Kapoor, the couple's eldest child is a renowned Bollywood actress, while Rhea Kapoor is a filmmaker. Their youngest child Harshvardhan Kapoor is also an actor, who made his Bollywood debut in Mirzya.

In terms if work, Anil Kapoor was last seen in the comedy film Total Dhamaal. The actor has Karan Johar's period drama Takht, Anees Bazmee's Pagalpanti and Mohit Suri's Malang in the pipeline.