Anil Kapoor And Sunita Kapoor Caught Up With Rishi Kapoor Over The Weekend. See Pics

Earlier this month, Rishi Kapoor returned after 11 months. He was being treated for cancer in the US. 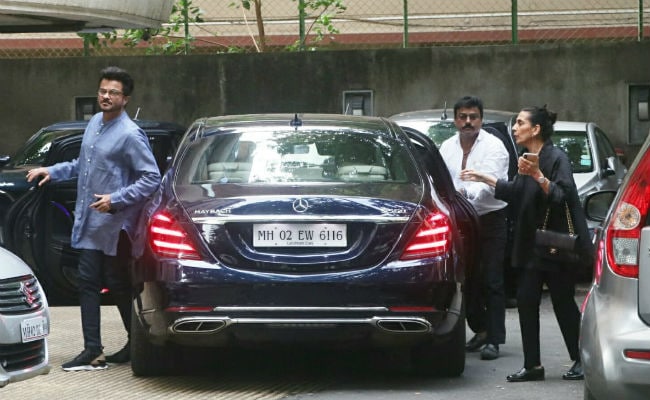 Actor Anil Kapoor along with his wife Sunita Kapoor stepped out on Sunday afternoon to catch up with his colleague Rishi Kapoor, who returned from the US after completing his cancer treatment earlier this month. Sunita and Anil Kapoor were photographed getting out of their car in the residential complex of the Kapoors. Anil Kapoor, dressed in a blue oversized shirt with pants, waved to the shutterbugs stationed outside the Kapoor's Bandra home while Sunita Kapoor walked away. Rishi Kapoor and Anil Kapoor have co-starred in films like Vijay (1988) and Gurudev (1993).

Here are pictures of Sunita and Anil Kapoor outside Rishi Kapoor's Bandra home: 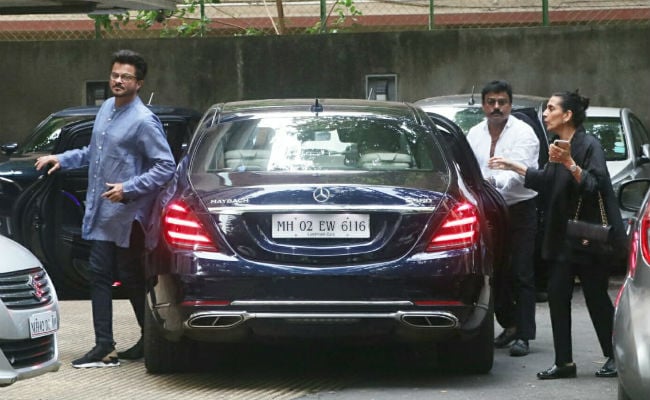 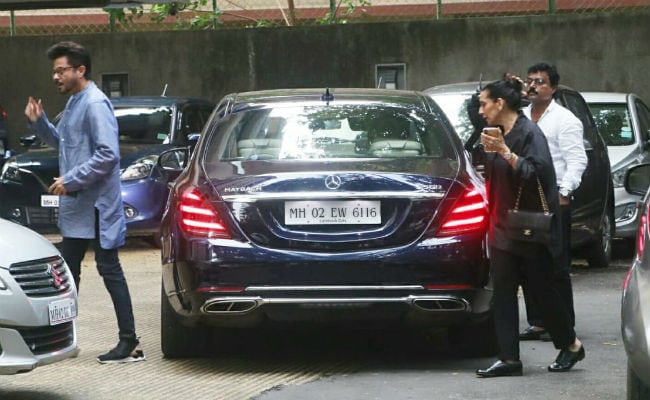 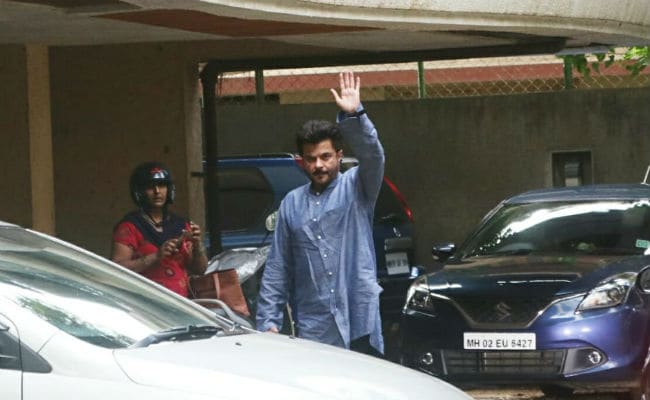 Anil Kapoor waved at the paparazzi.

Rishi Kapoor was in the US for a little over 11 months for cancer treatment and he returned home with his wife Neetu Kapoor on September 10. Their son Ranbir Kapoor reportedly accompanied them on their way back home but he left soon due to prior work commitments. The 67-year-old actor tweeted this soon after he was home:

For Rishi Kapoor's homecoming, daughter Riddhima Kapoor Sahni had arranged for a warn surprise. Neetu Kapoor shared a glimpse on her Instagram account. In a separate post, Neetu Kapoor said that this phase 'taught her a lot.' She wrote, "Where did the last 11 months go? Was a long road! It was a phase that teaches and changes you a lot."

This simple ballon has so much Warmth Love and belonging

Where did these last 11 months go ?? Was a long road !!! It was a phase that taught and changed me a lot

Back home, one of Rishi Kapoor's first vistors was Alia Bhatt, who is rumoured to be dating Ranbir. Pictures of Alia Bhatt arriving with Ranbir Kapoor at his home days after Rishi Kapoor's return went viral on social media. Apart from Alia, actor filmmaker Rakesh Roshan and actor Jeetendra have also signed the visitors log book at the Kapoor residence.