Karva Chauth 2018: Abhishek Bachchan's Special Message For All The 'Dutiful Husbands' Out There

Abhishek Bachchan just won the award for the best husband, hands down 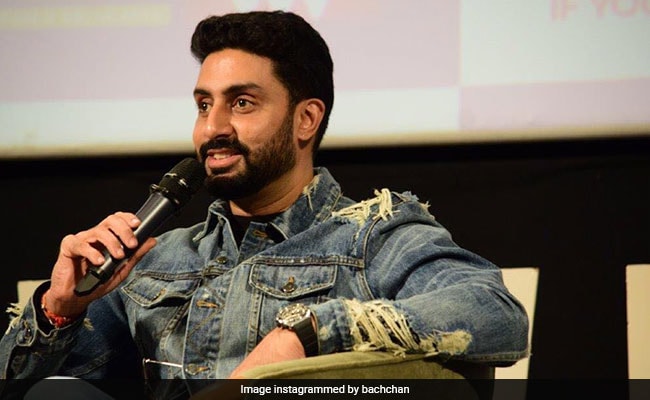 Abhishek Bachchan just won the award for the best husband, hands down. Like a "dutiful husband", Abhishek is fasting with his wife Aishwarya Rai Bachchan this Karva Chauth and he also had a message for all the husbands out there. In a tweet shared by the 42-year-old actor earlier today, he wished luck to all the women, who are fasting for the long life of their husbands, and also urged the men to fast with their wives too. "Karva Chauth, good luck ladies. And the dutiful husbands, who should also be fasting with their wives! I do," Abhishek's tweet read. Karva Chauth is a festival, in which married women observe nirjala vrath (fast without food and water) from sunrise to moonrise, for the well-being of their husbands and Abhishek's tweet reveals that he makes it a point every year to fast with Aishwarya on this day. Can it get any cuter?

#KarvaChauth, good luck ladies.... And the dutiful husbands who should also be fasting with their wives!
I do.

Abhishek Bachchan and Aishwarya Rai Bachchan are relationship goals and the former is often seen documenting his love for his wife on social media posts. On Friday, Abhishek shared a throwback photo on Instagram featuring himself with Aishwarya from an old professional trip in 2008. "During a press conference while we were on the "Unforgettable Tour" back in 2008. Think this was in Atlantic City. #TheMrs." he captioned the photo.

#FlashbackFriday During a press conference while we were on the "Unforgettable Tour" back in 2008. Think this was in Atlantic City. #TheMrs.

Aishwarya and Abhishek have co-starred in films like Guru and Dhoom 2. They first worked together in 2000 film Dhai Akshar Prem Ke and later collaborated on Kuch Na Kaho and Umrao Jaan. After the wedding, they appeared together in Raavan and Sarkar Raj.

Abhishek and Aishwarya announced their engagement in January 2007 and got married in the same year. The couple became parents to daughter Aaradhya in 2012.

Abhishek Bachchan is basking in the glory of Manmarziyaan, which was his first film in two years. Aishwarya rai Bachchan was last seen in Fanney Kha, which failed to impress cine-goers. Abhishek and Aishwarya are reportedly co-starring in Anurag Kashyap's next project, tentatively titled Gulab Jamun.