Kartik Aaryan On His Journey In The Film Industry: 'Proud Of My Struggle'

"I think I have a long way to go but there has been a journey since I started my career as an actor," said Kartik 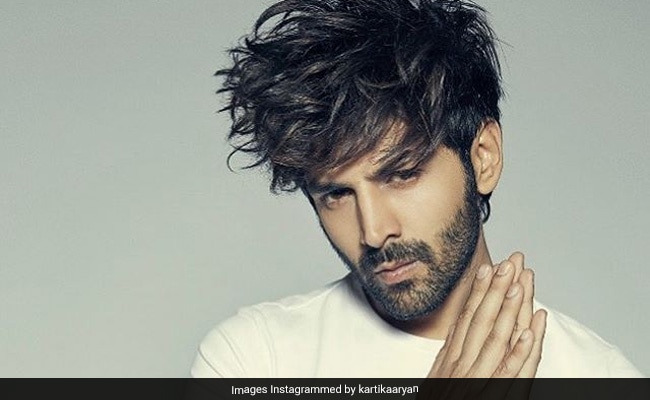 Actor Kartik Aaryan, who awaits the release of Pati, Patni Aur Woh, says he is proud of his origins and his struggle phase in the film industry. "I feel lucky to be a part of this industry. I think I have a long way to go but there has been a journey since I started my career as an actor. I am really proud of my struggle and where I come from. I really want to continue doing the good work. I don't want to leave any doubt in my mind, thinking that I had an opportunity and could have capitalised on it. So, I want to give my best effort - be it while making a film or during its promotion," said Kartik, while promoting his upcoming film along with co-actors Ananya Panday and Bhumi Pednekar, reported news agency IANS.

The actor was born Kartik Tiwari in Gwalior, Madhya Pradesh, to a doctor couple. His father is a paediatrician and his mother is a gynaecologist. He pursued an engineering degree in biotechnology at Navi Mumbai's DY Patil College of Engineering, at the same time doing modelling assignments and secretly harbouring ambitions for a career in films.

Kartik Aaryan made his debut in 2011 with Luv Ranjan's buddy comedy Pyaar Ka Punchnama, and featured in each of the director's next films - Akaash Vani (2013), Pyaar Ka Punchnama 2 (2015) and Sonu Ke Titu Ki Sweety (2018). The last-mentioned emerged a blockbuster and catapulted Kartik to the A-list of new generation stars and he followed up its success with Luka Chuppi this year.

Pati Patni Aur Woh is directed by Mudassar Aziz and produced by Renu Ravi Chopra. The film is a remake of BR Chopra's 1978 film of same name and is scheduled to release in India on December 6.

(Except for the headline, this story has not been edited by NDTV staff and is published from a syndicated feed.)
Comments
kartik aaryanpati patni aur wohluka chuupi