The actor frequently posts such pictures and quite often, he is accompanied by his little pet, Katori 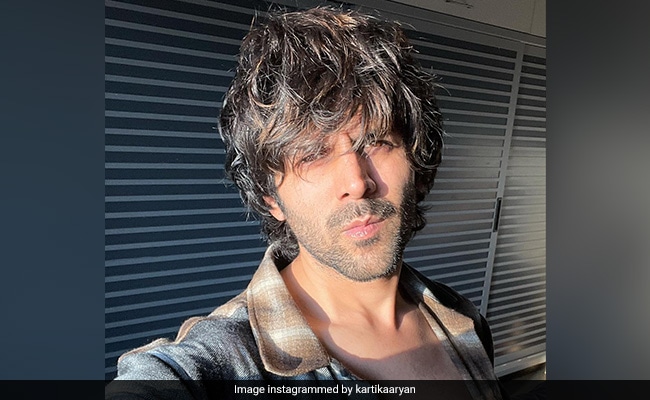 Kartik Aaryan, known for his love of sun-kissed selfies, posted another one on Sunday, much to the delight of his fans.

The 'Love Aaj Kal' actor took to his Instagram handle to post the photo and added a witty caption to it, which read, "Ati Sun-dar".

The actor sported a brown and grey shirt and left his hair in an unkempt look, beneath which, his brown eyes can be seen.

Fans flocked to the comments section below and swooned over his picture.

The actor frequently posts such pictures and quite often, he is accompanied by his little pet, Katori.

Kartik was last seen in the OTT thriller, 'Dhamaka'. He is awaiting the release of his upcoming film, 'Bhool Bhulaiyaa 2', which is slated to release in theatres on 20 May 2022.