"Bring back hand writing. It's good for your brain," wrote Amitabh Bachchan 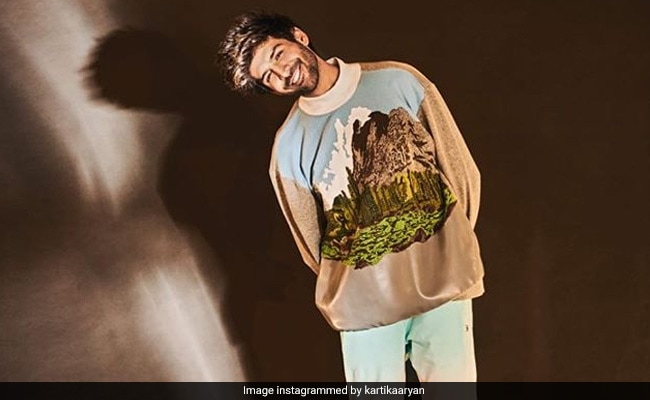 Amitabh Bachchan's latest Instagram post is about bringing back "hand writing." However, it was actor Kartik Aaryan's hilarious comment that caught our attention on Big B's post. "Writing by hand promotes learning and cognitive development in ways keyboard writing can't match. Bring back hand writing. It's good for your brain," Big B wrote in his post. He captioned it: "Bring back hand writing: it's good for the brain." Kartik Aaryan dropped a humour-infused comment on Big B's post and he wrote: "Main Doctor family se hoon Sir. Meri handwriting dekh ke shayad aap aisa nahi bologe (I am from a family of doctors. You might not say this after seeing my handwriting)."

"Bring back hand writing: its good for the Brain" h

Seems like Preity Zinta shared a similar school of thought with her Kabhi Alvida Naa Kehna co-star and she commented: "Well said Amitji, I still write everything down on a pen and paper. It's the only way for me to learn." Here's a screenshot of the comments on Big B's post: 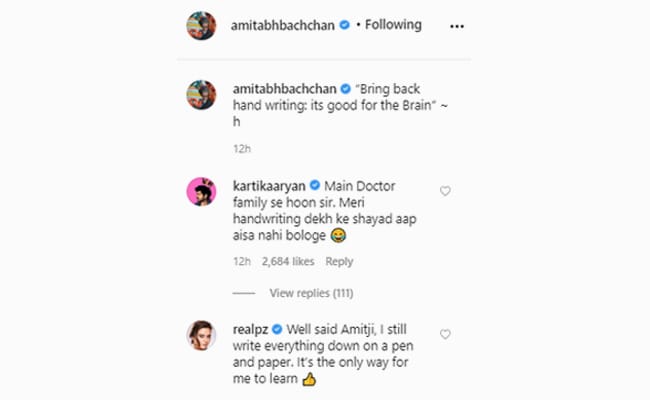 Kartik Aaryan made his Bollywood debut with Luv Ranjan's Pyaar Ka Punchnama and he has been a part of movies such as Pyaar Ka Punchnama 2, Kaanchi-The Unbreakable, Luka Chuppi , Guest Inn London, Pati Patni Aur Woh, and Sonu Ke Titu Ki Sweety. He was last seen in Love Aaj Kal, opposite Sara Ali Khan. The actor will next be seen in Bhool Bhulaiyaa 2, co-starring Kiara Advani and Tabu. He has also signed the second installment of the 2008 film Dostana, co-starring Janhvi Kapoor and newcomer Lakshya Lalwani.