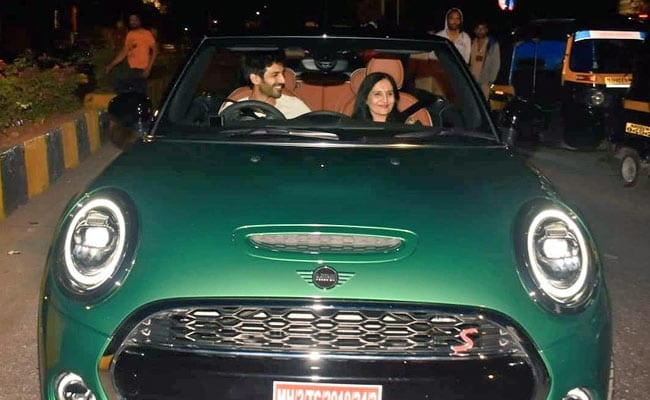 Kartik Aaryan photographed with his mother in Mumbai.

Kartik Aaryan made his mother Mala Tiwari's birthday special by gifting her a brand new Mini Cooper convertible. On Thursday night, the 29-year-old actor went on a ride in his new car with his mother, pictures from which are spreading like wild fire on social media. Flashbulbs popped at the actor incessantly as his visited a temple in Mumbai with his mother. Kartik could be seen smiling with all his heart as he stepped out in the brand new car. Several fan clubs dedicated to the actor have curated the pictures from the outing. 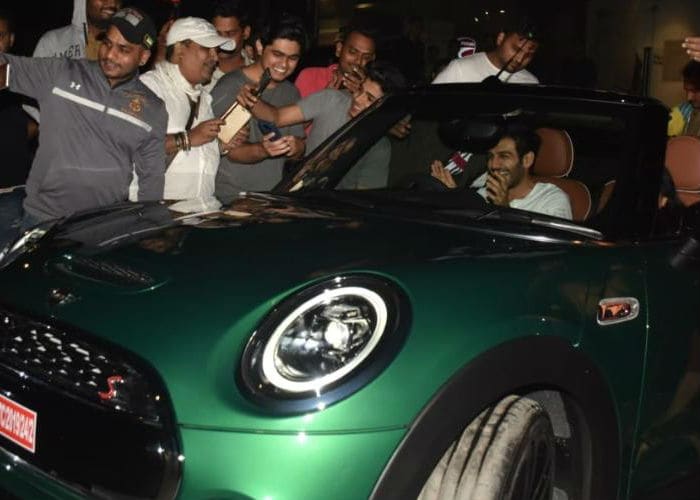 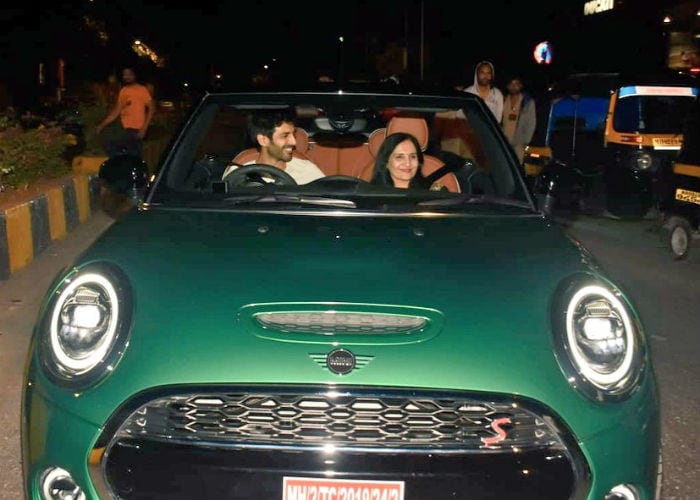 Kartik Aaryan with his mom.

On Thursday, the actor posted a throwback picture from his childhood days along with his mother on his Instagram profile and he accompanied it with a caption that read: "Happy Birthday to my favourite hairstylist. Love you Mum."

Happy Birthday to my Fav Hairstylist Love you Mummy

On the work front, Kartik will next be seen in Imtiaz Ali's Love Aaj Kal, co-starring Sara Ali Khan and Arushi Sharma. The film showcases two parallel love stories, each set in different time zones. The film also stars Randeep Hooda and it is slated to hit the screens on February 14, this year. The film's trailer released on Friday. Check it out:

Kartik Aaryan made his Bollywood debut with Luv Ranjan's 2011 film Pyaar Ka Punchnama and has been a part of movies such as Pyaar Ka Punhnaama 2, Akaash Vani, Kaanchi-The Unbreakable, Guest Inn London and Sonu Ke Titu Ki Sweety. In 2019, the actor starred in Luka Chuppi co-starring Kriti Sanon and Pati Patni Aur Woh, alongside Ananya Panday and Bhumi Pednekar - both the films performed well at the box office.