"To my unwavering, loyal, strong voice of reason person... We love you," read Amrita Arora's birthday wish for Karisma 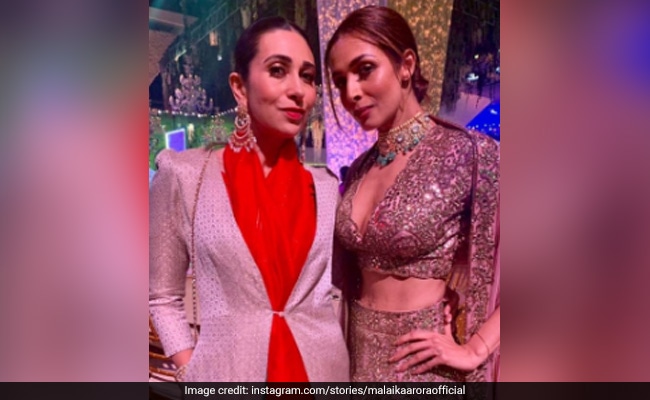 Happy birthday, Karisma Kapoor! As the actress blows out 46 candles on her birthday cake on Thursday, her best friends Malaika and Amrita Arora wished her on social media with adorable greetings. Malaika Arora, who has been Karisma's best friend for the longest time, posted a picture with the birthday girl. Malaika, in her note, referred to Karisma as Lolo (which is her nickname) and she wrote: "Happy birthday my darling Lolo." Karisma, Malaika and Amrita Arora are a part of a close-knit circle which also includes Karisma's sibling and Bollywood star Kareena Kapoor.

Take a look at Malaika Arora's greeting for Karisma: Meanwhile, Amrita Arora wished Karisma in these words: "Happy birthday my darling Karisma Kapoor. To my unwavering, loyal, strong voice of reason person... We love you." Check out the post here:

Happy birthday my darling @therealkarismakapoor To my unwavering,loyal ,strong voice of reason person ... we love you

In terms of work, Karisma Kapoor was last seen in ALTBalaji's web-series Mentalhood, which marked her debut in the digital arena. In movies, she made a special appearance in Aanand L Rai's 2018 film Zero, starring Shah Rukh Khan, Katrina Kaif and Anushka Sharma.

Karisma Kapoor made her Bollywood debut with the 1991 film Prem Qaidi. However, her breakout film was the 1996 romantic-drama Raja Hindustaani, opposite Aamir Khan. The actress is best-known for her performances in films like Dil To Pagal Hai, Judwaa, Biwi No 1, Coolie No 1, Zubeidaa and Fiza to name a few.