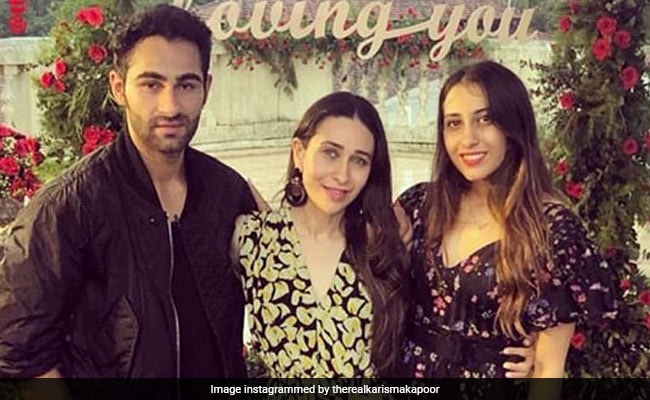 Thank you, Karisma Kapoor for sharing dreamy photos from Armaan Jain's romantic engagement to Anissa Malhotra. On Tuesday, Armaan popped the question to his long-time girlfriend Anissa in an intimate get-together and looks like she said 'yes.' Armaan Jain's cousin Karisma Kapoor was the first one to congratulate the couple on Instagram - she shared a few glimpses from yesterday, in which Armaan can be seen going down on his knees to propose to Anissa at what appears to be a rose laden terrace garden. "Congratulations to my favourite cuties," Karisma captioned one of the photos while for another, she wrote: "Only love."

The couple also celebrated their engagement with a cake cutting session. The Kapoors are a flamboyant lot and from Karisma, Armaan and Anissa's casual outfits, it appears that Armaan had invited only an intimate set of acquaintances. Without further ado, let's get inside Armaan Jain and Anissa Malhotra's romantic engagement. 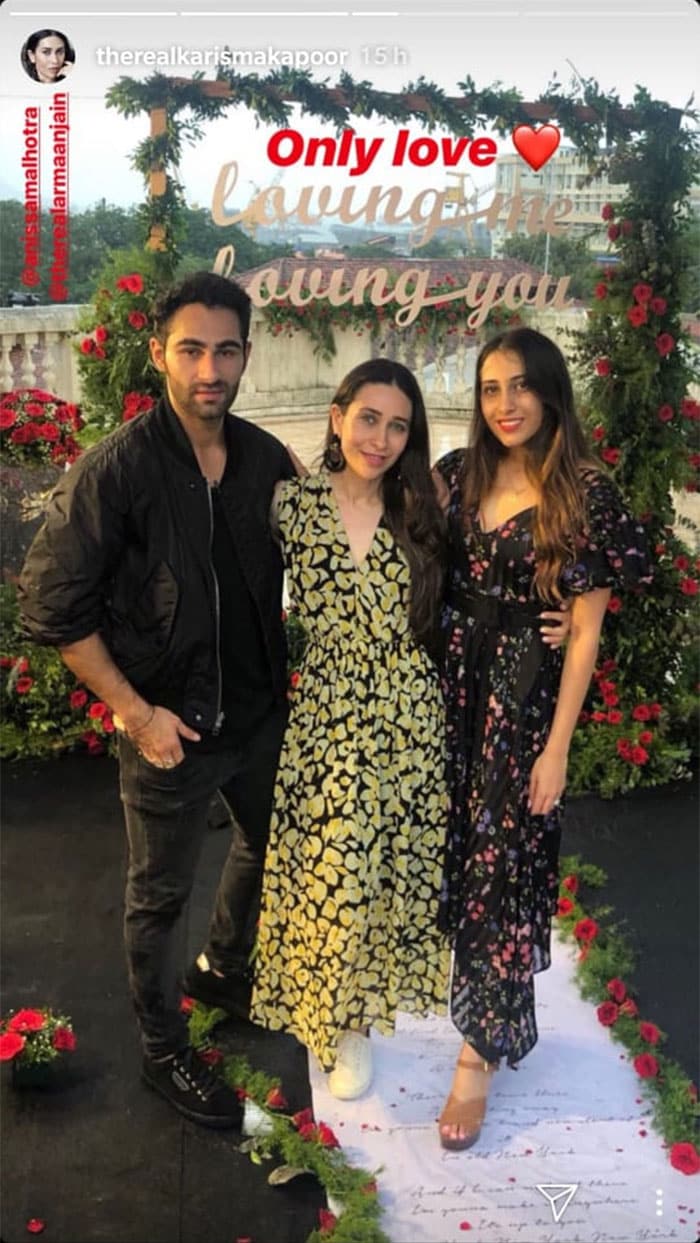 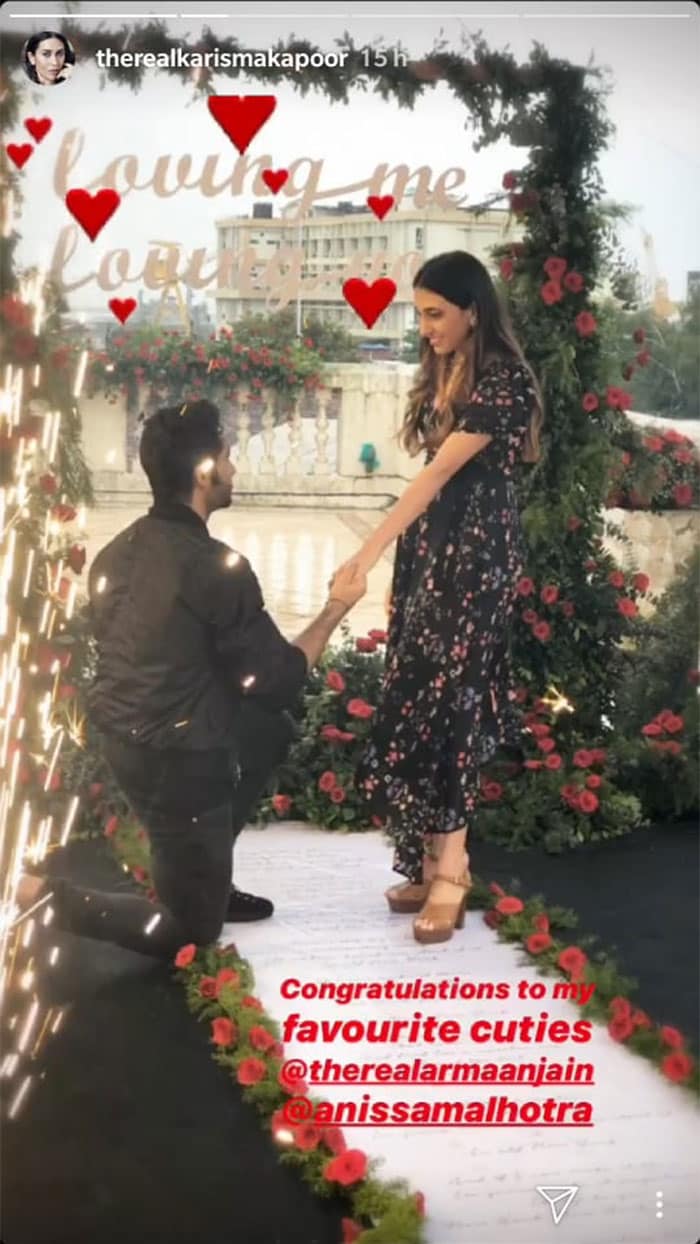 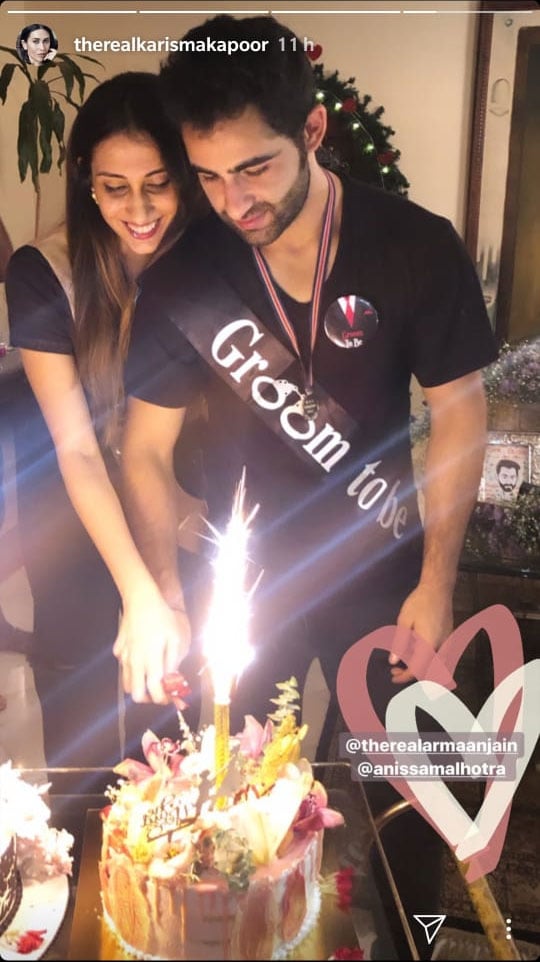 Anissa Malhotra is a Mumbai-based fashion blogger and marketing consultant. She often features in adorable posts on Armaan Jain's Instagram.

Armaan Jain, son of Rima Jain (Rishi and Randhir Kapoor's sister) and Manoj Jain, tried his stint at acting with Bollywood debut Lekar Hum Deewana Dil, which turned out to be a dud. Armaan Jain hasn't featured in any film after that. Kareena, Karisma and Ranbir Kapoor are his cousins. Armaan Jain's brother Aadar Jain stepped into Bollywood with 2017 musical drama Qaidi Band.