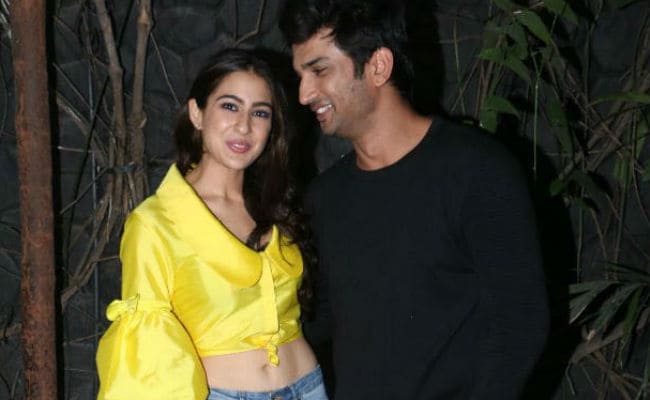 Actress Kareena Kapoor recently appeared on a chat show with best friend Amrita Arora, where she was asked about a dating advice she'll give to Sara Ali Khan. "Don't date your first hero," replied Kareena, report several websites including Mumbai Mirror and Hindustan Times. Sara is Saif Ali Khan's daughter with first wife Amrita Singh. She debuted in the film industry with 2018's Kedarnath, which starred her opposite Sushant Singh Rajput. According to the Mumbai Mirror report, Sara is apparently dating Sushant (her first co-star) and after what Kareena said, the duo occupied a spot on the list of trends. Rumour also has it that in January, on Sushant's birthday, Sara cut short her Dehradun trip in order to attend his party.

Meanwhile, after her debut on Koffee With Karan 6, Sara trended big time after she said she 'wants to date' Kartik Aaryan. During the rapid fire round, Sara told the host Karan Johar, "I want to marry Ranbir Kapoor. I don't want to date him. I want to date Kartik Aaryan." On the Koffee couch, Sara was joined her father Saif Ali Khan.

Meanwhile, Sushant was previously rumoured to be dating his Raabta co-star Kriti Sanon. However, they never acknowledged a romance and recently, Kriti said that they are "really good friends."

Meanwhile, on the work front, after Kedarnath, Sara Ali Khan was seen opposite Ranveer Singh in Simmba. She has reportedly signed up for Imtiaz Ali's Love Aaj Kal 2. Sushant Singh Rajput's next films are Sonchiriya, Drive, Dil Bechara and Chhichhore.