Taimur Ali Khan is often spotted outside his playschool 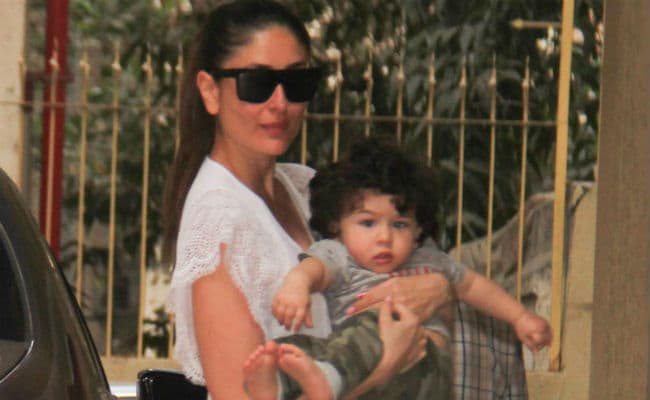 Kareena Kapoor with Taimur in Mumbai

By Kareena Kapoor's own admission, Taimur Ali Khan Pataudi can give stiff competition to even Akshay Kumar when it comes to being popular. Taimur is just one - the baby nawab will celebrate his second birthday in December this year - but the paparazzi are always sent into some sort of frenzy whenever Taimur is spotted, be it outside his playschool with his nanny or at the airport with his parents. Now, a report in Bollywood Life states that Kareena and Saif may appoint a bodyguard for Taimur's safety as the star baby continues to remain in the media glare. The Bollywood Life report also states that Taimur's star parents may have reportedly taken the decision after a video of a fan randomly trying to capture a selfie with Taimur went crazy viral, as curated by Bollywood Life.

Taimur was spotted outside his playschool with cousin Inaaya, Soha Ali Khan's daughter. 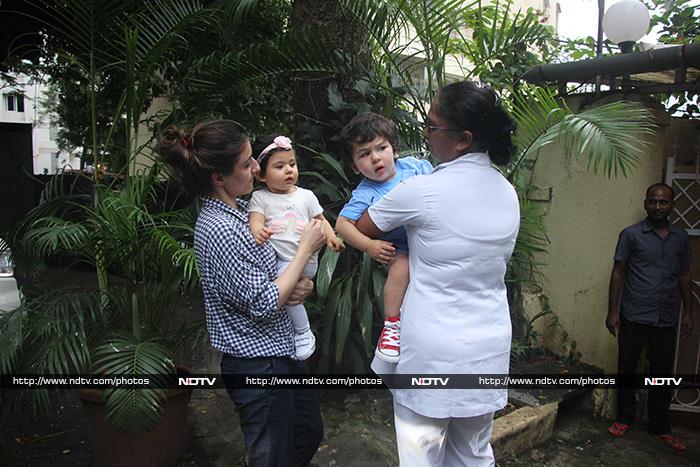 Earlier, in an interview to Hindustan Times, Kareena was asked if Taimur is getting accustomed to the constant presence of the paparazzi around him, when she said he is still too young to be enjoying media attention: "I feel it's getting used to his name being called out and not particularly the cameras around. I don't think he can make out that he's being clicked. He's still too small for that."

In an Instagram video, which went viral earlier this year, Taimur can be seen turning his head in response when the shutterbugs called out his name for a photo while his nanny, clearly offended by the flocking paparazzi, quickly takes off in the car. In the same interview, Kareena added that while she may have made peace with Taimur's growing popularity on social media but as a mother, all she hopes for Taimur is to have a "normal life."

Taimur's paternal grandmother veteran actress Sharmila Tagore also thinks that: "Taimur is more famous than I am," as was told to India Today. Kareena Kapoor and Saif Ali Khan married in 2012 and Taimur was born to them in December 2016.