Kareena Kapoor On Break-Up With Shahid Kapoor: "Destiny Had Its Own Plan" 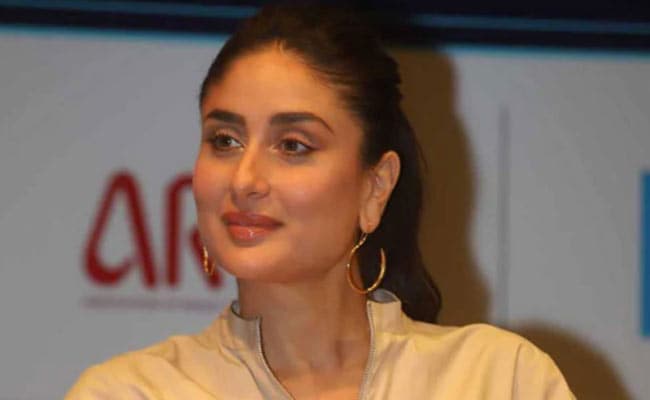 Kareena Kapoor, who is married to actor Saif Ali Khan, opened up about her break-up with Jab We Met co-star Shahid Kapoor and told Anupama Chopra in a Film Companion interview: "Destiny had its own plan." Shahid and Kareena dated for about three years. However, after the release of the Imtiaz Ali-directed film, the couple parted ways and Kareena started dating Saif Ali Khan, whom she later married in 2012.Speaking to Anupama Chopra, the 39-year-old actress revealed that she and Shahid Kapoor parted ways during the making of Jab We Met as Kareena fell for Saif Ali Khan, with whom she was simultaneously filming Tashan.

During the interview, Kareena talked about how Shahid Kapoor encouraged her to play the role of Geet in Jab We Met and she added: "Of course, then destiny had its own plan and life took its own course. A lot happened in the making of this film and Tashan and our lives... We all kind of went our separate ways. And this beauty of a movie came out of it."

Kareena, who has confessed in several interviews that she fell head over heels in love with Saif Ali Khan during the making of Tashan, also revealed in the aforementioned interview that Jab We Met "changed her career" while Tashan "changed her life."

She added: "I think we just had to kind of do this movie at this time when Tashan was being made... And I met Saif. So I kind of did Tashan for that actually... When I actually thought that was gonna change my life and my career. But this (Jab We Met) changed my career and that (Tashan) changed my life. Because I did meet the man of my dreams and I did marry him. And this (her relationship with Shahid Kapoor) kind of took its own course in which both Shahid and me went our separate ways."

After dating for over five years, Kareena Kapoor and Saif Ali Khan got married in 2012 and welcomed their son Taimur in 2016. Shahid Kapoor is now married to Mira Rajput, with whom he has two children - daughter Misha and son Zain.

Earlier, in an interview to Pinkvilla, Kareena revealed that Saif Ali Khan brought up the possibility of their marriage for the first time on the sets of Tashan. "He did tell me that 'I think we should get married.' He told me that in Greece and he told me once in Ladakh as well that 'We will make a great couple.' And, at that time I was like, 'I don't know because I don't know you.' So, it was not really a 'no' but it was more like, 'I want to know you better.' I think I made the best decision of my life," she told the publication.

Other than Jab We Met, Kareena Kapoor and Shahid Kapoor have also co-starred in films like Milenge Milenge, 36 China Town and Chup Chup Ke.