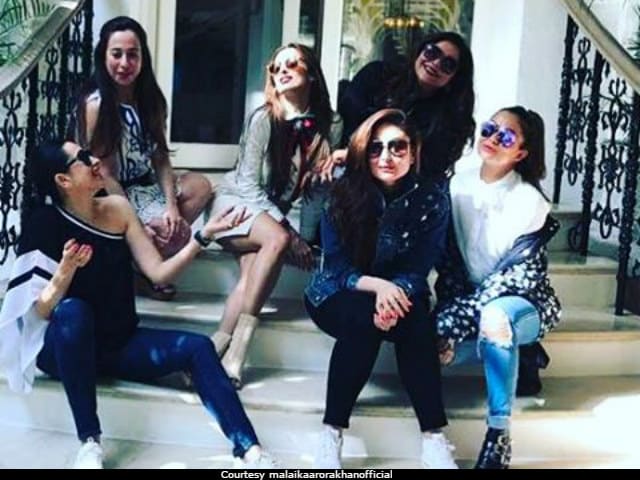 Kareena, Karisma and their 'squad' (courtesy )

New Delhi: Kareena Kapoor and Karisma Kapoor hung out with the Arora sisters - Malaika Arora and Amrita Arora for what looks like a day brunch party and set major squad goals. It was a day of work and play, as captioned by Malaika, who wrote on Instagram: "My kinda day with my girls." Malaika, Karisma, Kareena and Amrita were also photographed with other friends - all of who were colour coordinated in monochrome outfits. This time, however, Karisma stole some of the limelight from her sister, dressed in a one-shoulder top. Kareena paired a denim jacket with her all-black outfit while Malaika stepped out in a white dress. Amrita Arora opted for a collared white shirt to go with a pair of distressed denims.

And these were the results. No words.

Off bows and shades

Meanwhile on Tuesday, Kareena was photographed with Amrita outside a hair studio in Bandra. Kareena opted for a rather unconventional polka dotted dress designed by Masaba Gupta. Amrita accompanied her in casuals. 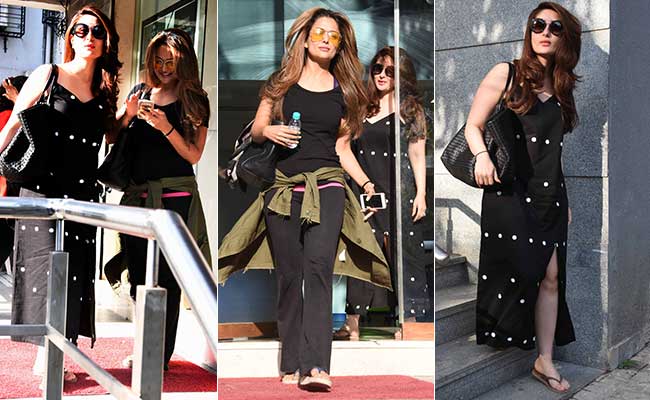 Kareena Kapoor and Amrita Arora outside a hair studio

Kareena will next be seen in wedding drama Veere Di Wedding, for which she has continued to work through her pregnancy. Directed by Shashanka Ghosh, Veere Di Wedding also stars with Sonam Kapoor and Swara Bhaskar. Kareena also reportedly has a film offer from Karan Johar.