Kareena Kapoor Khan Will Advise Son Taimur To "Be Humble, Ignore Everything Else" 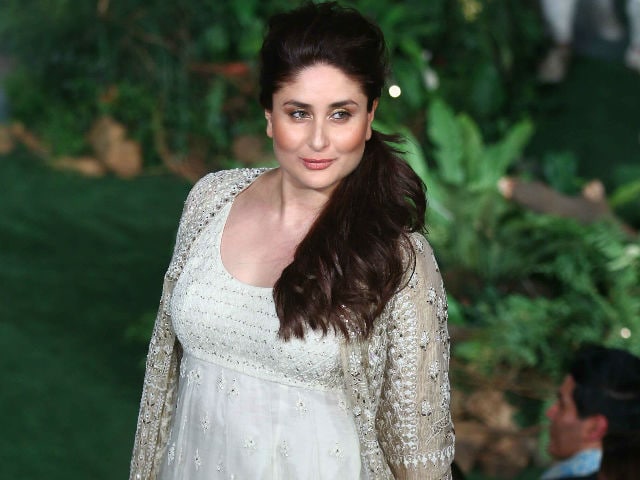 New Delhi: Kareena Kapoor Khan, who walked the ramp at the Lakme Fashion Week grand finale over the weekend, talked about her son Taimur Ali Khan Patudi, who was born just 45 days earlier on December 20 and said that her advice to her son would be to be humble, reported news agency PTI. Soon after Kareena and Saif announced the name of their son, social media erupted with angry comments as many users thought Taimur's name resembled that of a 14th century Mongol invader. Many friends and relatives asked the social media trolls to back off and mind their business and now, Kareena, 36, told PTI that she'll raise her son to "do what he wants to do and ignore everything else." She told PTI: "It is tough in today's times with social media. But it is the environment that he will be brought up in and we are going to teach him exactly what we believe in."

"I want to look at it like he is going to get the best of his parents. I was born in a famous film family and so was Saif, yet we are very grounded. The advice I will give to my child is to have his head down, be humble, do what he wants to do and ignore everything else," said Kareena on how she wants to raise her son.

Kareena Kapoor married actor Saif Ali Khan in 2012 and Taimur is their first child together. Saif, who is divorced from actress Amrita Singh, has two children - daughter Sara, 23, and son Ibrahim, 15 - from his first marriage.

Kareena Kapoor's maternity leave was short lived as she returned to the ramp days after giving borth to her son and now she will soon start filming Veere Di Wedding. Of leaving Taimur behind for her work assignments, Kareena told PTI: "It is difficult to leave him at home but that's fine as he can spend some time with his father." Veere Di Wedding also stars Sonam Kapoor and Swara Bhaskar and is directed by Shashanka Ghosh. The film is directed by Rhea Kapoor.

Talking about her upcoming projects Kareena told PTI: "I did not think there has ever been a plan for me. I have always been very proud to be a glamorous commercial actress. I will always balance that out. I will always do a mixed bag of films. I will always look for a good script."

Promoted
Listen to the latest songs, only on JioSaavn.com
Kareena Kapoor was last seen in 2016 films Ki And Ka and Udta Punjab.