Because "it's all about loving your parents" 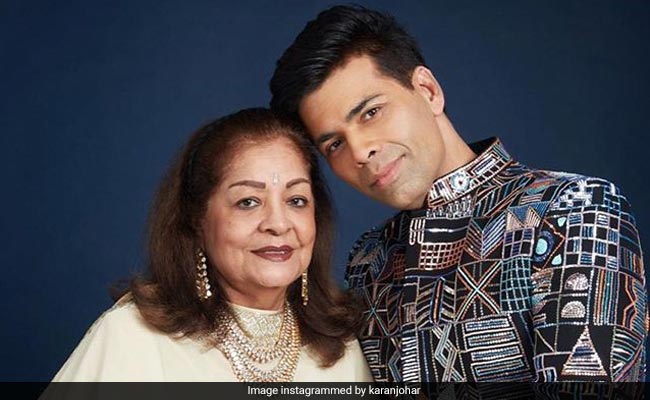 The popular dialogue - "It's all about loving your parents" - from Karan Johar's 2001 film Kabhi Khushi Kabhie Gham never made more sense. Karan Johar surely has a way with his words, especially when it comes to writing loved-up notes for his dear ones. The reason we brought this up today is because the filmmaker shared the sweetest birthday wish for his mother Hiroo Johar. Karan shared a set of lovely pictures on his Instagram profile on Wednesday and accompanied it with an equally adorable caption. "The wind beneath my wings, my voice of reason. My conscience keeper and the big love story of my life! I love you so much mama! Hiroo Johar happy birthday!"

The comments section on KJo's post was flooded with wishes from his friends. Soni Razdan, Farah Khan, Preity Zinta and many other celebrities wished Hiroo Johar on her birthday. Check out the post here:

The wind beneath my wings....my voice of reason....my conscience keeper and the big love story of my life! I love you so much mama! @hiroojohar happy birthday!!!

Hiroo Johar was married to filmmaker Yash Johar, who died of cancer in June 2004. She frequently makes appearances on KJo's Instagram profile, along with her grandchildren Yash and Roohi. Here are some of the posts:

Mothers are superheroes that fight the infinite wars for their children and make sure there is never an end game in their lives! Happy Mother's Day to my superhero! Love you so much mom #happymothersday