Karan Johar Says The Word Nepotism 'Haunts' Him. Can We Stop Now?

"Can we just put a hold on this word 'nepotism'?" said Karan Johar 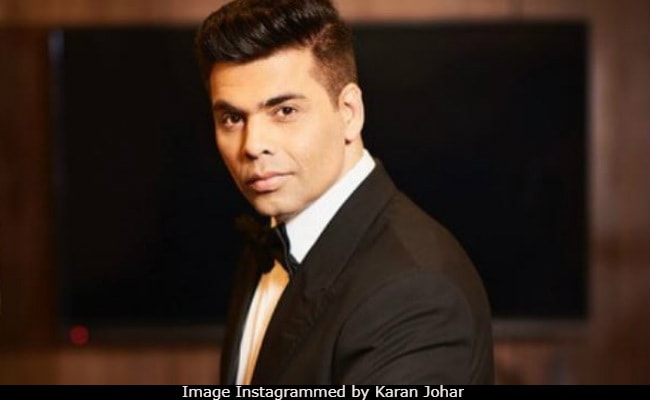 Karan Johar is done with the nepotism debate (courtesy karanjohar)

New Delhi: Please don't utter the word "nepotism" in front of Karan Johar. He's done with it, said the 45-year-old filmmaker at the International Film Festival of India in Goa. It all started when Karan Johar was branded "the flag bearer of nepotism" by the very outspoken queen of Bollywood Kangana Ranaut on an episode of Koffee With Karan. Since then, there has been several rude exchanges on the nepotism debate with other celebrities also joining in and being divided over who to support. When asked about his views on nepotism again, this is how Karan reacted: "Can we just put a hold on this word 'nepotism'? ... It haunts me. It has become like 'mera saaya'," PTI quoted Karan as saying.

"I told somebody that I have developed 'nepospasm'," Karan quipped, reported PTI. It appears that the filmmaker is just not willing to attach any more importance to the debate: "It has been following me everywhere. Suddenly, it has become fashionable. Can we just get rid of it and start focusing on good content," he said at the film fest's press conference.

But it was only last month when Karan referenced to 'nepotism', calling himself and actors Akshaye Khanna and Sonakshi Sinha "brand ambassadors" of nepotism. It was during a promotional event for Ittefaq when the filmmaker said: "On the platform, today, there are two non-nepotistic people - Shah Rukh Khan and Sidharth Malhotra and rest of us - Sonakshi Sinha, daughter of veteran actor Shatrughan Sinha, Akshaye Khanna, son of late actor Vinod Khanna, Abhay Chopra and Kapil Chopra, sons of late filmmaker Ravi Chopra, are the brand ambassador of nepotism. As we stand together, it speaks a volume about how worth they are equally, efficiently and correctly."

After Kangana set the nepotism debate rolling, Karan Johar directed several of his jibes at the actress for her comments. The IIFA awards this year also saw Karan, Varun Dhawan and Saif Ali Khan chant 'nepotism rocks' on stage - something which the trio was widely criticised for. While Karan and Varun apologised, Saif wrote a lengthy open letter, throwing in words like 'genetics,' 'eugenics' and 'campism', to defend his views on the matter.

Promoted
Listen to the latest songs, only on JioSaavn.com
Karan Johar, who is known to launch several star kids like Alia Bhatt, Sidharth Malhotra and Varun Dhawan, is the son of later filmmaker Yash Johar. Next, Karan Johar is introducing Sridevi's daughter Jahnvi to Bollywood with Dhadak.