Karan Johar, who was branded as the 'flag bearer of nepotism' by Kangana Ranaut, brought back the topic during the promotion of his film Ittefaq 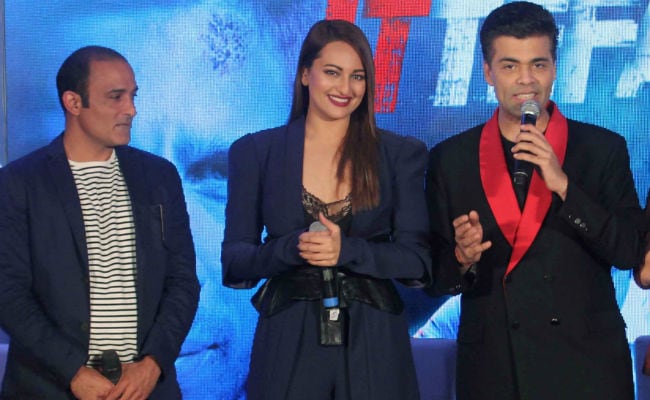 New Delhi: Filmmaker Karan Johar, who was branded as the 'flag bearer of nepotism' in Bollywood by actress Kangana Ranaut, brought back the topic yet again during the promotion of his film Ittefaq, reports news agency IANS. He quipped that superstar Shah Rukh Khan ('non-nepotistic') and him ('brand ambassador of nepotism') can co-exist in the same industry. "On the platform, today, there are two non-nepotistic people - Shah Rukh Khan and Sidharth Malhotra and rest of us - Sonakshi Sinha, daughter of veteran actor Shatrughan Sinha, Akshaye Khanna, son of late actor Vinod Khanna, Abhay Chopra and Kapil Chopra, sons of late filmmaker Ravi Chopra, are the brand ambassador of nepotism. As we stand together, it speaks a volume about how worth they are equally, efficiently and correctly," he told IANS.

Ittefaq, starring Sonakshi, Sidharth and Akshaye, is co-produced by Karan Johar and SRK while it is directed by Abhay Chopra, grandson of filmmaker BR Chopra.

Nepotism became one of the most-discussed topics in Bollywood after Kangana called KJo its 'flag bearer' during his show Koffee With Karan 5. At this year's IIFA awards, Karan Johar, Varun Dhawan and Saif Ali Khan chanted 'nepotism rocks' on stage. Later, Karan expressed regret, Varun tweeted an apology, but Saif, wrote an open letter on the topic, talking about 'genetics,' 'eugenics' and 'campism.'

Promoted
Listen to the latest songs, only on JioSaavn.com
Meanwhile, Ittefaq is the remake of 1969 film of the same name made, produced by BR Chopra, directed by Yash Chopra and featuring Rajesh Khanna. It releases on November 3.