Anushka Sharma Stayed Up Past Her Bedtime For Karan Johar's Party. See Her ROFL Post 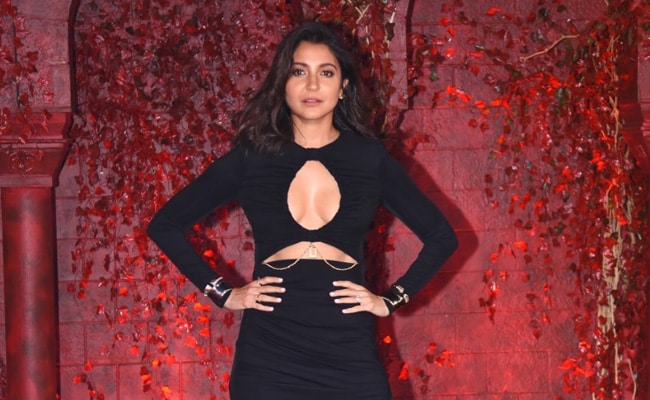 Karan Johar celebrated his 50th birthday on Wednesday (May 25) with the who's who of Bollywood in attendance. All the big names from the industry gathered under one roof to wish the filmmaker the best, and needless to say, the stars put their best fashion foot forward for the biggest party in town. But if there is one actress who was glamour personified at the event, it's Anushka Sharma. The actress, who has worked with Karan Johar in Ae Dil Hai Mushkil and Bombay Velvet, stepped out in a sultry black gown with a cutout design and gold detailing. With gold accessories and bronze makeup, Anushka broke the Internet with her stunning look.

In the caption, Anushka Sharma – famous for her fitness routine and disciplined lifestyle – joked that Karan Johar's party was way past her bedtime. She wrote, “Two hours past my bedtime but looking fine,” with a heart and cake emoji. Well, “fine” is an understatement, isn't it? At least that is what Anushka's colleagues and fans thought.

Anushka Sharma's husband and Indian cricket icon Virat Kohli said, “Wow,” with a bunch of heart emojis. Arjun Kapoor said “Where's the accessory we spoke about,” hinting at an inside joke. Actress Samantha Ruth Prabhu stole the words from our mouths when she said, “Ooo la la,” with a heart emoji. Rhea Kapoor and Dia Mirza also replied with fire emojis.

Take a look at the photo below:

While Anushka Sharma was turning up the glamour quotient at Karan Johar's birthday party last night, she spent the day preparing for her next film Chakda Xpress. The actress plays the lead role in the film that is based on the life of former Indian captain Jhulan Goswami. On Instagram stories on Wednesday, the star shared a sun-kissed selfie from her prep session. She added a note that read, “Kaash bachpan mein kuchh toh cricket kehla hota, toh aaj haalat aisi na hoti (Wish I had played some cricket during my childhood days, wouldn't be in this condition).” Read about it here.

Here's a video from one of her recent prep sessions:

Anushka Sharma, who celebrated her birthday on May 1, seems to be ageing like a fine wine with each passing year. While the pictures ahead of Karan Johar's party are ample proof, in her post-birthday note, the actress confessed that the “getting older business is going great.” In an Instagram post, she wrote among other things, “I feel happier, more loving, more understanding, taking myself less seriously, listening more, finding joy in less, able to let-go better, more accepting of myself and others AND situations, feeling more beautiful, expressing feelings more easily, valuing my own opinion above others…”

Chakda Xpress is Anushka Sharma's first project after the birth of daughter Vamika, who she welcomed in 2021. She has been married to Virat Kohli since 2017.