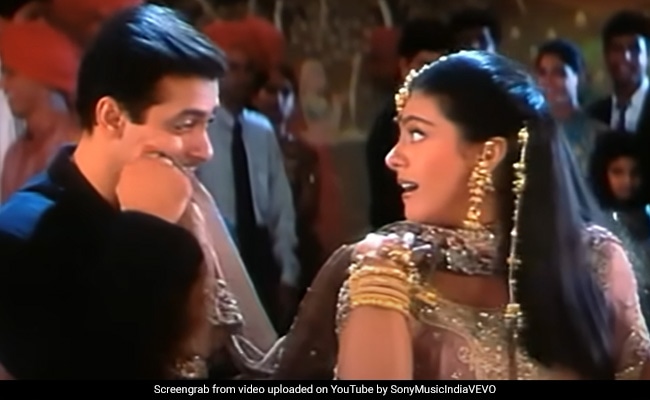 Karan Johar, who appeared as one of the guests on the singing reality show Indian Idol 12, recalled how Salman Khan came onboard Kuch Kuch Hota Hai, starring Shah Rukh Khan, Kajol and Rani Mukerji. KJo recalled that 3-4 actors had refused to play the second lead to Shah Rukh Khan in the film. Karan Johar revealed that he met Salman Khan at a party, where he asked the filmmaker, "You did your shopping?" Karan Johar said during the episode, "With Shah Rukh Khan and Kajol as the lead actors, no one said yes to the role of the second lead. I went to three or four actors, I won't name them, but they all said no. I was very disappointed and with my sad face, I went to attend a party at Chunky Panday's house," where Salman Khan asked him about the "shopping" (as in casting). Salman Khan starred as Kajol's fiance Aman, who decides to let go the love of his life, in order to reunite Rahul and Anjali (SRK and Kajol).

Karan Johar added what Salman Khan told him at the time. "Iss film ko karne ki liye paagal hona chahiye aur main wo pagal hoon (You have to be crazy to do this film and I am that person)," Salman Khan told Karan Johar. The filmmaker said that he was shocked. The director recalled the time when he read out the script to Salman and the actual reason why Salman agreed to do the supporting role in the film. "He heard the first half and said I would do the film. I got worried as I wondered if he thought I was offering him Shah Rukh's role. I told him, Sir aapka role aaya nahi abhi tak. Salman said the role is immaterial as he knows my father and is doing the film for him."

Kuch Kuch Hota Hai, made on a budget of Rs 10 crore, is said to be the highest-grossing Bollywood film of 1998, which reportedly collected over Rs 100 crore across the globe. The film also featured Sana Saeed, Farida Jalal, late actress Reema Lagoo and Archana Puran Singh.