Karan Johar Doesn't 'Love' Discussing Nepotism, 'Someone Else Does'

Karan Johar said: "I will continue doing my work and let the other person do the talking about it" 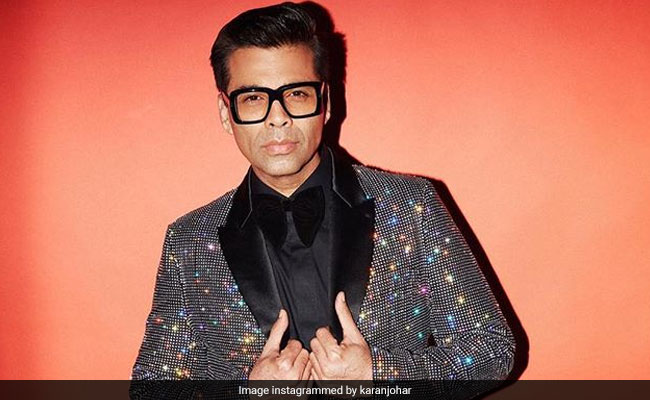 Karan Johar doesn't 'love the topic of nepotism,' he told YouTuber Bhuvan Bam in a recent interview, saying "someone else" does, reports news agency PTI. Karan Johar was labelled the 'flagbearer of nepotism' by actress Kangana Ranaut two years ago on his chat show and the discussion has not left the building yet. When Karan Johar was about his 'love for the topic of nepotism,' he replied: "No, I don't love this subject... Someone else loves the topic. Main bolunga toh log bolte hain ki main bolta hu (If I say something, people say that I talk a lot). So, I will continue doing my work and let the other person do the talking about it."

In recent interview with mid-day, Kangana Ranaut was asked if later in life she would help her own child to get into films. The actress said: "If I want him to be an extraordinary person, I must throw him into the sea. He will either drown or make it.''

A lot has been written and said about nepotism after Kangana first opened the discussion on Koffee With Karan in 2017. After the show, social media sided with Kangana and slammed the filmmaker for promoting star kids. Karan Johar and Kangana Ranaut frequently featured in headlines for taking digs at each other.

In the same year, Karan Johar, along with actor Saif Ali Khan (son of actress Sharmilla Tagore) and Varun Dhawan (one of KJo's protegees and the son of filmmaker David Dhawan) also mocked the debate by chanting "nepotism rocks" at the IIFA Awards. The trio later apologised after severe backlash on social media and Karan Johar also told NDTV at that time: "... Subsequently I will not speak about nepotism nor Kangana because it would be distrustful for her and it would be ungraceful at my end, which I've already been."

Several star kids including Alia Bhatt, Varun Dhawan, Arjun Kapoor, Sonam Kapoor, Sara Ali Khan and Ananya Panday to name a few have added their inputs to the debate saying that though they had an easy start the journey after that was difficult.

Actors such as Kriti Sanon, Bhumi Pednekar, Ayushmaan Khurrana and Taapsee Pannu - outsiders who've struggled to catch up with the star kids - have mixed opinions. Taapsee has talked about times when she was replaced by 'some star kid' while the others have said that Bollywood accepted them with open arms.