Karan Johar said that "the format, nature, audience" of the show is "different" 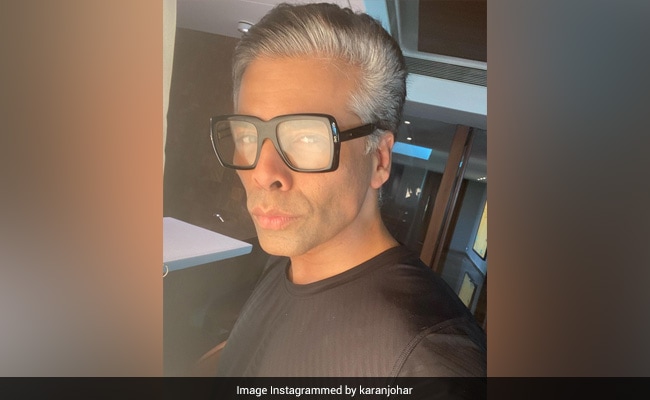 Just a few hours after filmmaker Madhur Bhandarkar accused Dharma Productions for allegedly misappropriating the title 'Bollywood Wives' that is registered with him, Karan Johar, who is backing the Netflix series titled The Fabulous Lives Of Bollywood Wives, released a statement on Twitter on Thursday evening. Karan Johar, in his statement, apologised to the Fashion director for his "grievances during the course of the last few weeks." However, he maintained that he will stick to the original title of the show and "assured that the format, nature, audience and the title" of the series are "different and would not in any manner dent or encumber the exploitation" of Madhur Bhandarkar's work.

In his open letter to the filmmaker, Karan Johar wrote: "Dear Madhur, our relationship goes back a long way and we have both been a part of this close-knit industry for many, many years." Karan Johar, who made a cameo appearance in Mr Bhandarkar's 2008 film Fashion, added, " Through all these years I have been an ardent admirer of your work and I have always wished the best for you." He added, "I want to inform you that we have been promoting our series with the hashtag "Fabulous Lives" on all social media platforms, which is the franchise title we tend to go ahead with."

Karan Johar added that he did not "foresee" the title "upsetting" Madhur Bhandarkar, given the fact that it was "distinct" and added, "I know you have been upset with us. I humbly apologise for my grievances during the course of the last few weeks. However, I would want to clarify that we have chosen this new and different title "The Fabulous Lives Of Bollywood Wives" keeping in mind the non-fiction format of our reality-based franchise series. As our title was distinct, I did not foresee it upsetting you as it has and for that I duly apologise."

Karan Johar signed off the statement saying, "I hope we can move away and onward from this and continue to make exceptionally good content for our audiences. I wish you the very best for all your endeavors and look forward to watching your work."

To my dear friend @imbhandarkarpic.twitter.com/l5oX2hmM8A

Madhur Bhandarkar, earlier shared pictures of the letter written by the Indian Motion Pictures Producers' Association (IMPPA) to The Film and Television Producers Guild of India, on the basis of his complaint, and the response received. He even had accused Dharma Productions of "misusing and tweaking" the title of his forthcoming project Bollywood Wives. "When 'IMPPA' asked 'Film Guild of India' whether Dharma was given the Title Bollywood Wives where Dharma is a member, the GUILD replied that they had outrightly rejected the same. That shows Dharma have blatantly tweaked and misused our title," tweeted Madhur Bhandarkar.

When 'IMPPA' asked 'Film Guild of India' whether @DharmaMovies was given the Title #BollywoodWives where Dharma is a Member. The GUILD replied that they had outrightly rejected the same. That shows Dharma have blatantly tweeked and misused our Title #BollywoodWives. Check https://t.co/Wo9UJA3fCDpic.twitter.com/ZibM7XYp60