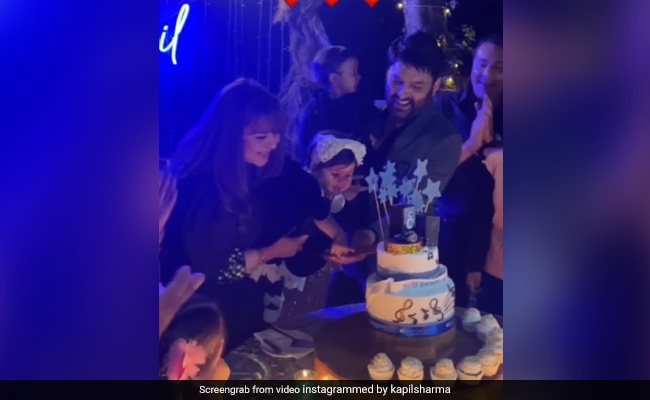 Kapil Sharma, who celebrated his 41st birthday on April 2, has shared videos from his birthday party. The videos are from his cake cutting ceremony and his daughter Anayra is sweetly cutting the cake. Kapil is holding his son in his arms and his wife Ginni Chatrath is holding their daughter Anayra, who is also singing the birthday song for her father. Kapil has shared the videos with red heart emojis. Reportedly, Kapil Sharma had celebrated his birthday with his family in Himachal Pradesh. Post which, he had gone to Amritsar with his wife Ginni.

Check out a snap from Kapil Sharma's cake cutting ceremony: 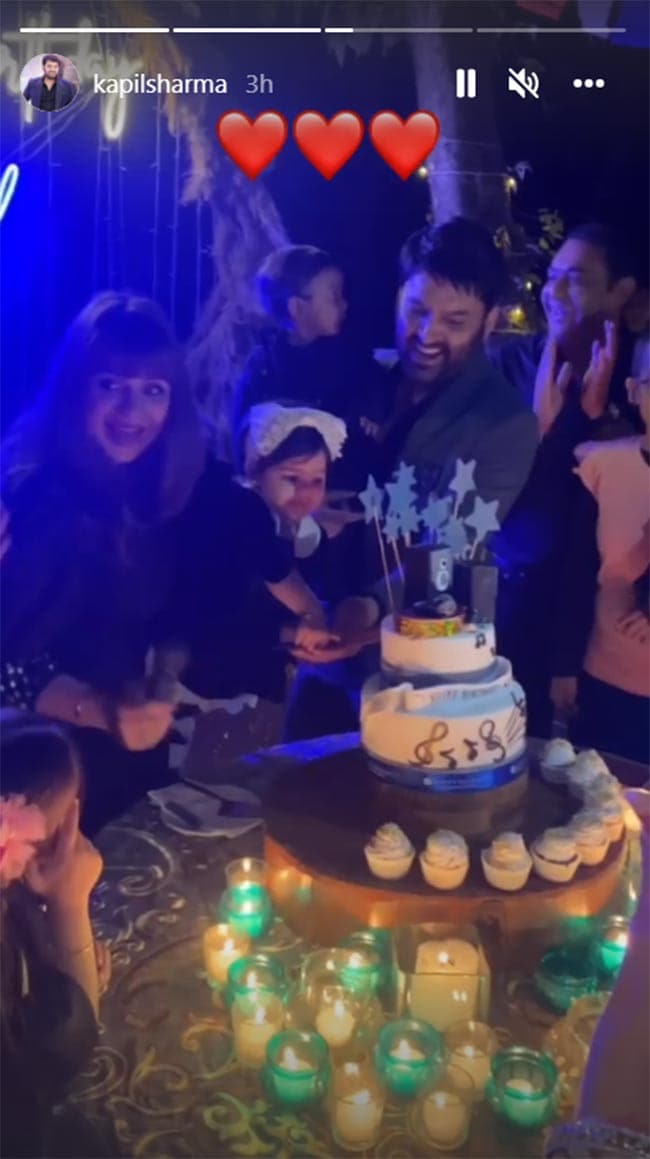 On his birthday, Kapil Sharma had planted saplings, and on Friday, he shared a video and captioned it as "the health of the planet affects our health.. so plant a tree whenever wherever.. like I do on my birthday." The video has more than four lakh likes in just an hour.

A few days back, Kapil Sharma had shared photos from his visit to the Golden Temple. Ginni Chatrath was also with Kapil and they had taken blessings. Sharing the photos, Kapil had written, "blessings from Shri Darbar sahib #amritsar #darbarsahib #punjab #gratitude."

Once, in an interview with Etimes, Kapil Sharma had revealed the reaction of Anayra, when she sees him on TV. He had said, "Anayra watches my show and says, 'Papa is on TV. Ismain kaunsi badi baat hai, I am also on TV.' She says this because my wife constantly makes videos with her and uploads them on social media or on her phone and when she sees them, she feels that she is on TV. We laugh over it and it is fun spending time with my kids. They are the world to me. Pura din unka chattar pattar chalta rehta hai."

On the work front, Kapil Sharma will next be seen in a movie directed by Nandita Das, co-starring Shahana Goswami.